Copaiba vs. CBD: What's the Difference? 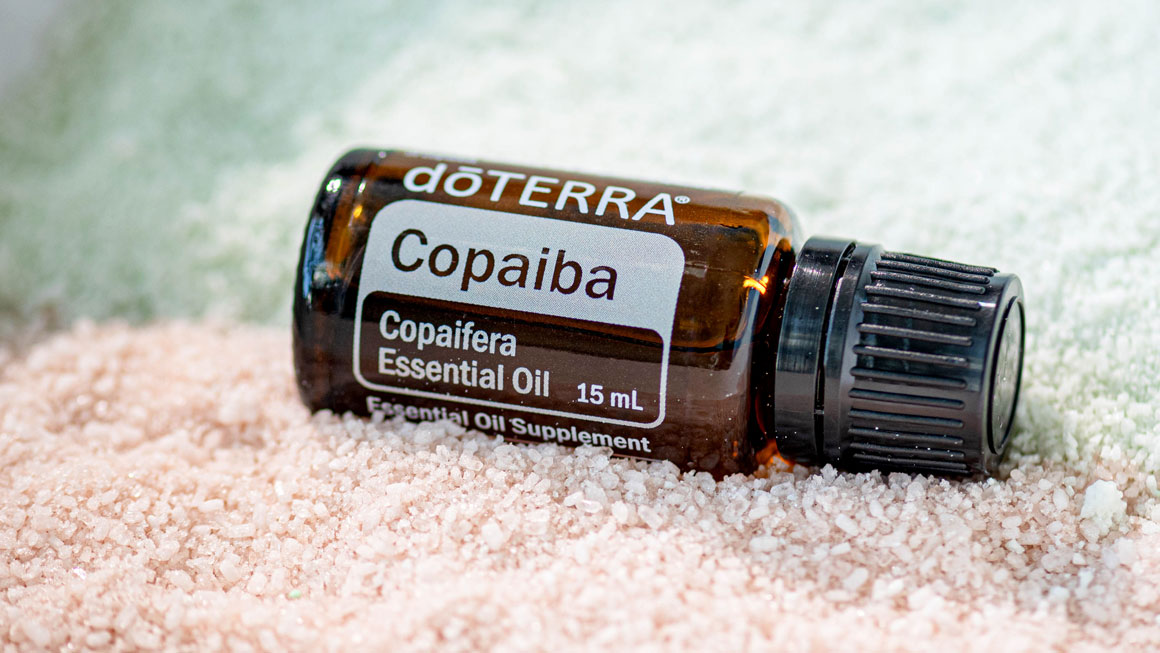 Using natural plant products in traditional health has been a practice for centuries. Mother Nature has provided some of the most diverse, complex compounds still used today to promote wellness and address a variety of concerns. When presented with so many essential oil options, you might pose the common question: What’s the difference? How do you compare Lemon and Lime? Lavender and Clary Sage? Cassia and Cinnamon Bark? Or, in this case, CBD and Copaiba?

The endocannabinoid system (ECS) is a hot term in complementary and alternative medicine, and for good reason. It plays a fundamental role in managing many modern and prevalent concerns, including mood, inflammation, appetite, and relaxation. This biological system, composed of receptors, cannabinoids, and enzymes, is found throughout the central and peripheral nervous system and acts as a regulator for countless physiological processes. What that means is the ECS helps maintain internal balance in a world that is constantly changing.

Within the ECS, there are two primary receptors, cannabinoid receptor 1 (CB1) and cannabinoid receptor 2 (CB2). The brain and spinal cord contain CB1 receptors, whereas CB2 receptors are predominately found in our immune system. Due to residing in different parts of the body, activation of these receptors can have very different effects. For instance CB2 activation supports healthy nervous and immune system function, while activating its counterpart (CB1) receptors can modulate mood, memory, or even perception of pain. While binding to the CB1 receptors positively influences many brain functions, research has shown that it may also have some unwanted psychoactive effects1.

Literature suggests that these ECS-influencing substances tend to be selective in the receptors they activate2. This means they tend to activate either the CB1 or CB2 receptors, and they do so directly or indirectly depending on their chemical makeup. Furthermore, the stronger or more directly the molecule adheres to its receptor, the quicker it will produce a physiological effect. This is precisely why Copaiba is such a valued essential oil, it is high in a phytocannabinoid called beta-caryophyllene (BCP). Beta-caryophyllene has the ability to bind directly to CB2 receptors to affect the ECS.

The Advantages of Copaiba

At the 2019 Together Convention, doTERRA’s Director of Education and Training, Scott Johnson, said, “Copaiba and CBD work within the same biological system, so people naturally want to compare them, but it’s not really a fair comparison[…]Copaiba has benefits that can’t be achieved with CBD.”

Because BCP directly binds to CB2 receptors, it produces rapid and powerful changes within the body. On the other hand, CBD doesn’t effectively bind to either receptor so it indirectly affects the ECS. In fact, despite having the unique ability to bind (indirectly) to both CB1 and CB2, CBD’s interaction is not nearly as intense as that offered by other compounds.

Exemplifying doTERRA’s commitment to Pursue What’s Pure, Copaiba is a product born from that standard. Unlike CBD, essential oils rich in BCP, such as Copaiba, are easily tolerated compounds that offer countless benefits to the human body. At this year’s convention, Scott highlighted other possible targets and pathways for BCP outside the ECS such as the CD14 receptor, the μ-Opioid receptor, and the α7-nACHRs receptor.* These receptors affect pathways associated with healthy inflammatory response3, overall body comfort, and cognitive function.

The Limitations of CBD

Because CBD does not bind directly to receptors, you can expect slower cellular responses. Scott Johnson said it best at convention describing CBD as a “helper molecule that signals the ECS to work more efficiently and modulate our responses to the molecules that do directly bind to our receptors.” Furthermore, as doTERRA’s in-house GCMS testing has shown, CBD—which is an isolate extracted from the cannabis plant—is often mixed with carrier oils, so absorption is limited and the effect is further decreased. In fact, a recent review of clinical data on CBD revealed internal usage may come with potential unwanted risks4.

In addition, according to a study published in 2017, 69% of CBD products were mislabeled and found to have higher levels of THC than are currently permitted by regulations5. This poses regulatory challenges and also increased risk for unwanted side effects. Not only can formulations of CBD contain some amount of THC6, but as previously mentioned, CBD is not an essential oil, it’s an isolate extracted from the cannabis plant. For doTERRA, the fact that it is nearly impossible for CBD to meet CPTG Certified Pure Tested Grade™ standards for purity and potency is reason enough to keep it out of the product line.

With its fast and direct bonding to CB2, beta-caryophyllene is a powerful constituent with potential to support well-being in a variety of ways. Try taking Copaiba orally to support a healthy inflammatory response7, apply topically to help reduce blemishes, or use aromatically to create a calm and relaxing environment.* As Scott Johnson says, “When used daily, Copaiba helps you live a longer and healthier life with greater periods of homeostasis.”