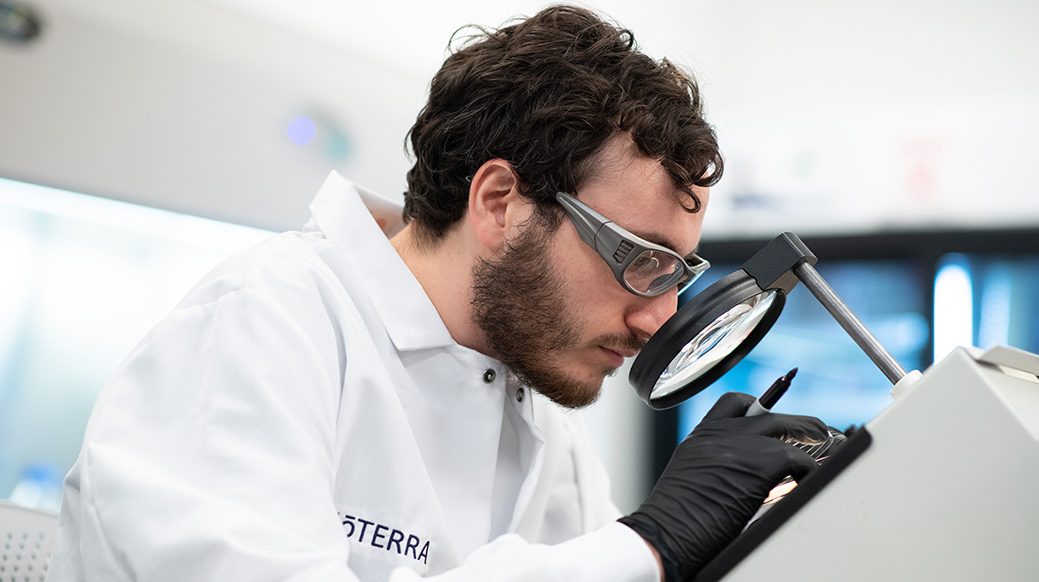 It has come to my attention that there has been a lot of confusion recently surrounding the properties of cannabinoid compounds found in certain oils. Individuals with ties to the CBD oil industry would have you believe that beta-caryophyllene, a compound found in Copaiba oil and Black Pepper oil, is not a cannabinoid. The same individuals would also have you believe that cannabidiol (CBD) oil never contains the psychoactive compound tetrahydrocannabinol (THC) or any of its isomers. This is not surprising, because both of these claims promote the CBD oil industry. Unfortunately, this misinformation has been perpetuated to the point that many people are convinced that it is accurate, despite strong evidence to the contrary.

I’ve prepared this article in hopes that I can set the facts straight. Having worked as a medicinal chemist for 15 years, I’ve learned a great deal about the chemical properties of all kinds of essential oils. I’ve even conducted my own chemical analyses of hemp, CBD, and cannabis oil in my lab at doTERRA. In this article, I will discuss the chemical properties of cannabinoid compounds found in the various cannabis oils and compare them with beta-caryophyllene. Beta-caryophyllene is the main compound found in Copaiba, doTERRA’s alternative to cannabis.

Beta-Caryophyllene is a Cannabinoid

There is a wealth of information available in the scientific literature regarding the classes of cannabinoid compounds and the receptors involved in the endocannabinoid system. For several years now, beta-caryophyllene has been known to be a cannabinoid. But don’t just take my word for it. Back in 2008, a study by J. Gertsch et al. rolled off the press with the unambiguous headline, “Beta-caryophyllene is a dietary cannabinoid.”1 The study was published in Proceedings of the National Academy of Sciences of the United States of America, a prestigious scientific journal. Since then, at least a dozen more papers have been published on the subject, reemphasizing the fact that beta-caryophyllene is a cannabinoid.2-13

By definition, a cannabinoid is any ligand, molecule, or class of molecules that acts on either or both of the currently identified cannabinoid receptors, CB1 and CB2. Interestingly, these two receptors produce significantly different physiological responses when activated. CB1 activation, caused by THC and other similar cannabinoids, results in a psychoactive drug high. On the other hand, CB2 activation by beta-caryophyllene (BCP) has produced results showing some promising benefits. These include supporting a healthy inflammatory response, soothing discomfort, and positively affecting mood without the psychoactive side effects associated with other cannabinoids.2-4,10 It is true that the positive benefits associated with BCP have also been observed using other cannabinoids, such as THC, cannabidiol, and cannabinol, but using these compounds can also come with unwanted psychological effects, especially in the case of THC.

The last class of cannabinoids is known as the phytocannabinoids. These are molecules that are produced by plants such as Cannabis and Copaifera. The Cannabis species produces the commonly known molecules THC and CBD, while the Copaifera plant family produces only BCP. Although BCP differs significantly from other cannabinoids in its structure, it nonetheless reacts selectively with the CB2 receptor, thus defining it as a cannabinoid.2 However, it is chemically distinct from other cannabinoids, which is why it cannot cause a positive result on a drug test. BCP is classified as a sesquiterpene based on its chemical structure and makeup. Research on BCP is ongoing and will continue to add to our understanding of its potential value.

To be legally marketable, CBD oil is not supposed to contain any discernable amount of THC.14 However, our own internal investigation involving analytical testing and evaluation has found that various CBD oils on the market do contain significant levels of THC and therefore could very likely trigger a psychoactive response and/or positive drug test. Our evaluation has also shown that commonly purchased brands of CBD oil can vary greatly in their claimed CBD content. In fact, in some samples we were not able to identify the presence of any CBD at all. In contrast, my analyses have shown that doTERRA oils are 100% free of THC, and oil compositions are consistent between batches.

In summary, this article is not intended to be a complete picture of the benefits of beta-caryophyllene nor an outline of the properties of the endocannabinoid system. Rather, it is a statement of scientifically-accepted facts aimed to clear up the misleading information on the molecules in question. My hopes are that reading this article will help individuals in their personal research on cannabinoids and, most importantly, their decisions about which oils to use in their daily life.