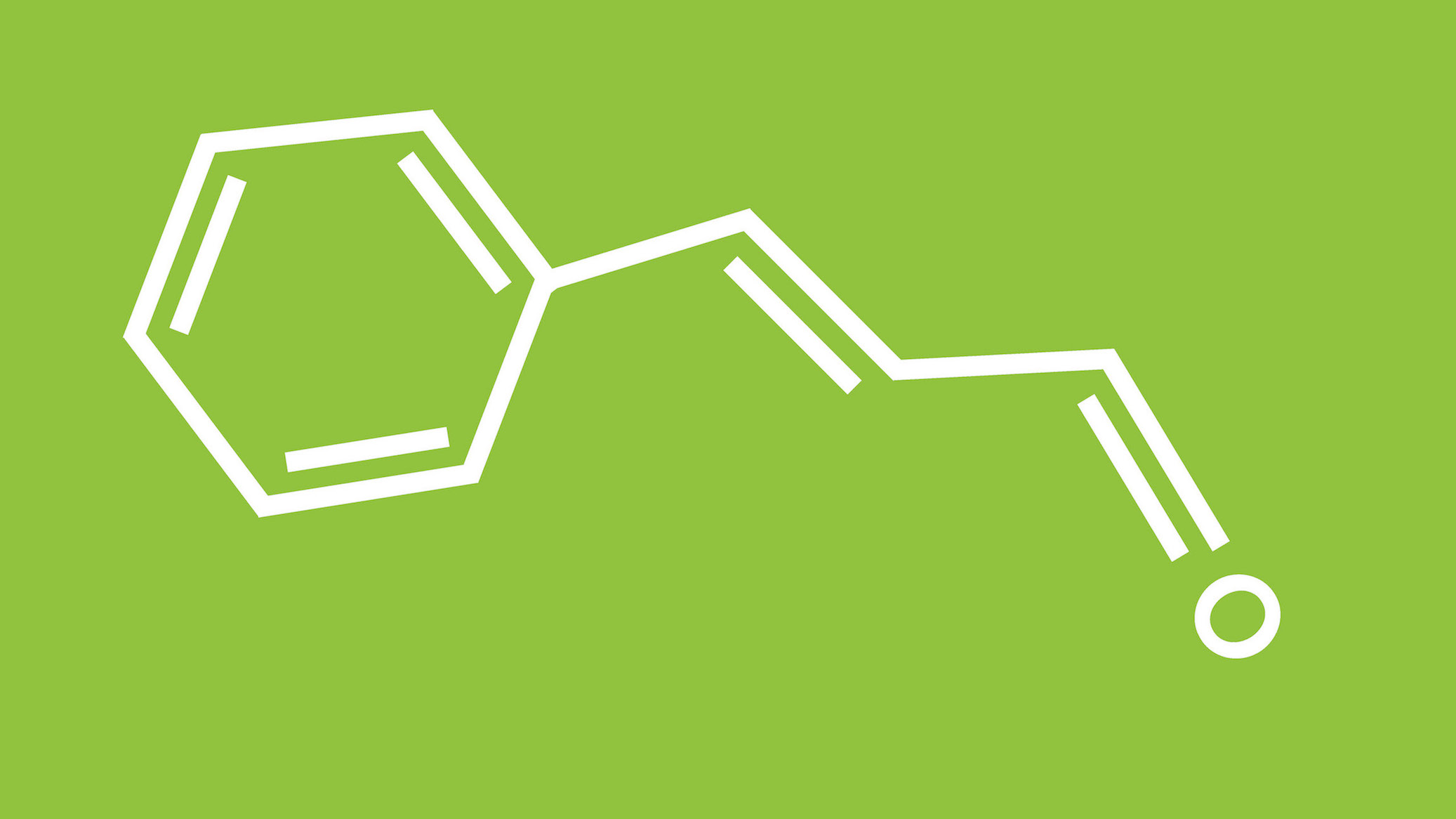 Cinnamaldehyde is the dominant chemical constituent found in Cassia and Cinnamon Bark essential oils. It gives Cinnamon its distinctive rich, woodsy aroma and flavor. The chemical structure of cinnamaldehyde contains a benzene ring and an aldehyde group, hence the word “aldehyde” in the name. There is a plethora of scientific research focused on the therapeutic benefits associated with cinnamaldehyde-containing oils.

Numerous studies have been conducted to assess the health-promoting qualities associated with the ingestion of cinnamaldehyde. Research suggests that cinnamaldehyde can have significant antioxidant capabilities1. Furthermore, experiments indicate that cinnamaldehyde may support healthy cellular function as well as healthy gastrointestinal, liver, kidney, and urinary tract function2-8. Cinnamaldehyde has also been associated with supporting healthy cardiovascular and circulatory system function9,10. Consider using Cinnamon Bark when baking cookies, muffins, or bread. To intake a higher concentration of cinnamaldehyde for its wellness benefits, try adding a few drops of Cinnamon to warm apple juice, hot cocoa, or tea.*

Experimental studies suggest cinnamaldehyde can support healthy-looking skin. However, it’s recommended to dilute Cinnamon Bark and Cassia in Fractionated Coconut Oil or another carrier oil before applying them topically. Using cinnamaldehyde topically may help to reduce the appearance of skin blemishes11. Research focused on cinnamaldehyde has demonstrated its strong surface cleansing abilities12,13. In addition, studies suggest that cinnamaldehyde may help reduce the appearance of aging skin when applied topically14. Try adding just one drop of doTERRA’s Cassia or Cinnamon Bark oils to a simple, unscented lotion.

Cassia and Cinnamon Bark oil are rich sources of cinnamaldehyde. In addition to having a spicy, warming aroma when diffused, aforementioned studies demonstrate the potentially vast benefits of cinnamaldehyde when taken internally or applied topically. To decrease sensitivity, be sure to dilute Cassia and Cinnamon Bark oil in another carrier oil before applying them to the skin.