Spicy, sweet, and remarkably similar to cinnamon, the warming aroma of Cassia is sure to be a new favorite. Experimental research has shown that it also supports healthy metabolic function when taken internally.*

What Do You Use Cassia Essential Oil For?

Cassia essential oil has been used since antiquity to maintain physical health and vigor. Cassia helps promote a healthy immune function* and has a positive effect on moods. It is a great oil to diffuse during cold months due to its warming properties and sweet, spicy aroma. Cassia’s uplifting aroma encourages feelings of love and connection. 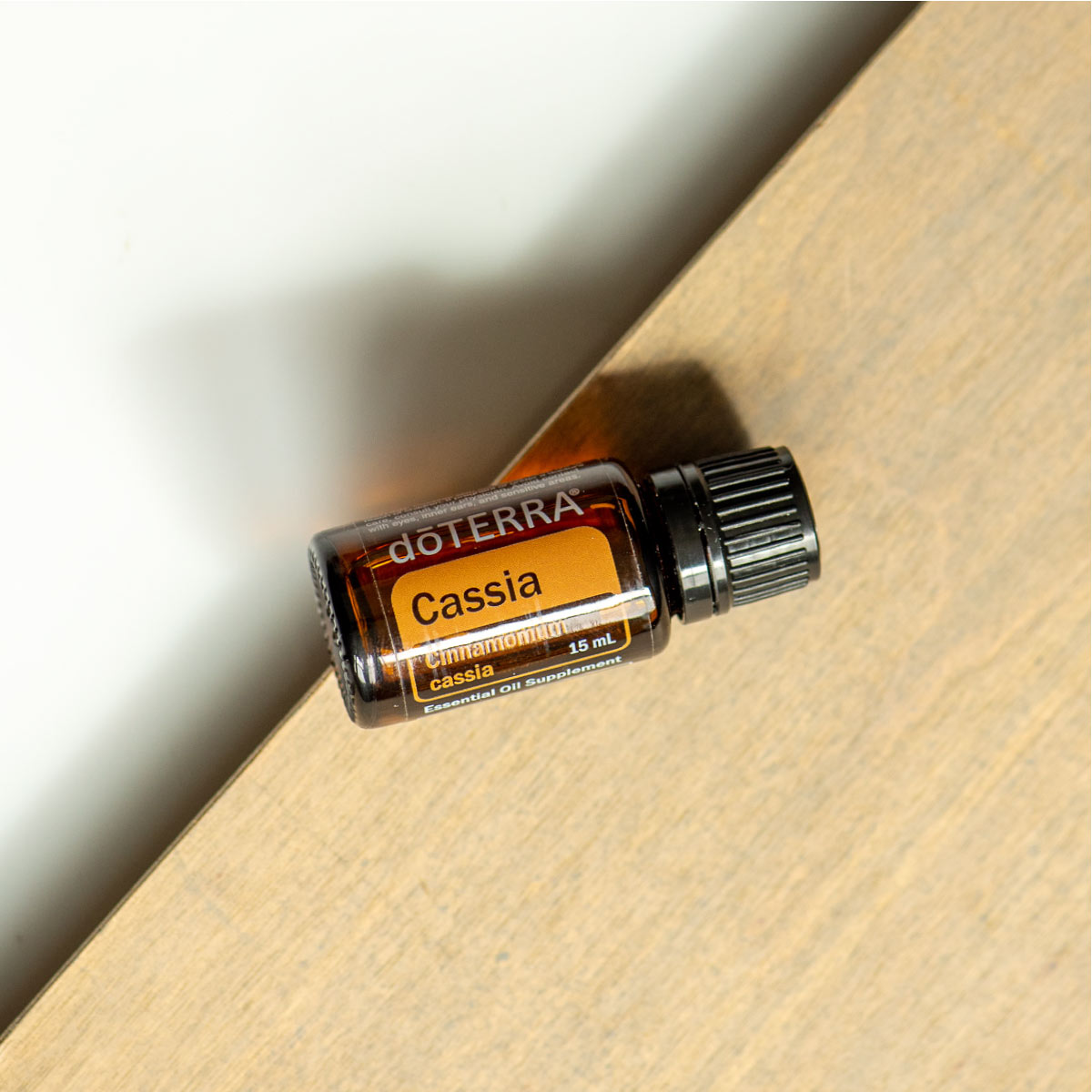 What Are the Benefits of Cassia?

Cassia’s primary constituent is Cinnamaldehyde, a monoterpene aldehyde. Cinnamaldehyde has been researched for its antioxidant benefits, its ability to support the gastrointestinal, cardiovascular, and circulatory systems, and for overall metabolic support.*

Cassia can be used as a flavoring in cooking as a replacement for cinnamon. When taken internally, Cassia is a helpful digestive aid and can be used to support healthy metabolism.* Experimental research suggests that Cassia essential oil may help support healthy blood sugar levels already in the normal range.*

Are Cinnamon and Cassia the Same?

doTERRA Cassia is steam distilled from the inner bark and twigs of the fragrant evergreen Chinese Cinnamon tree. Although botanically distinct from so-called “true cinnamon,” Cassia is often confused with it. Since true cinnamon is more costly, ground cassia is the most popular variety of cinnamon spice in many parts of the world. It is used in traditional Chinese health solutions to support the digestive and circulatory systems.* 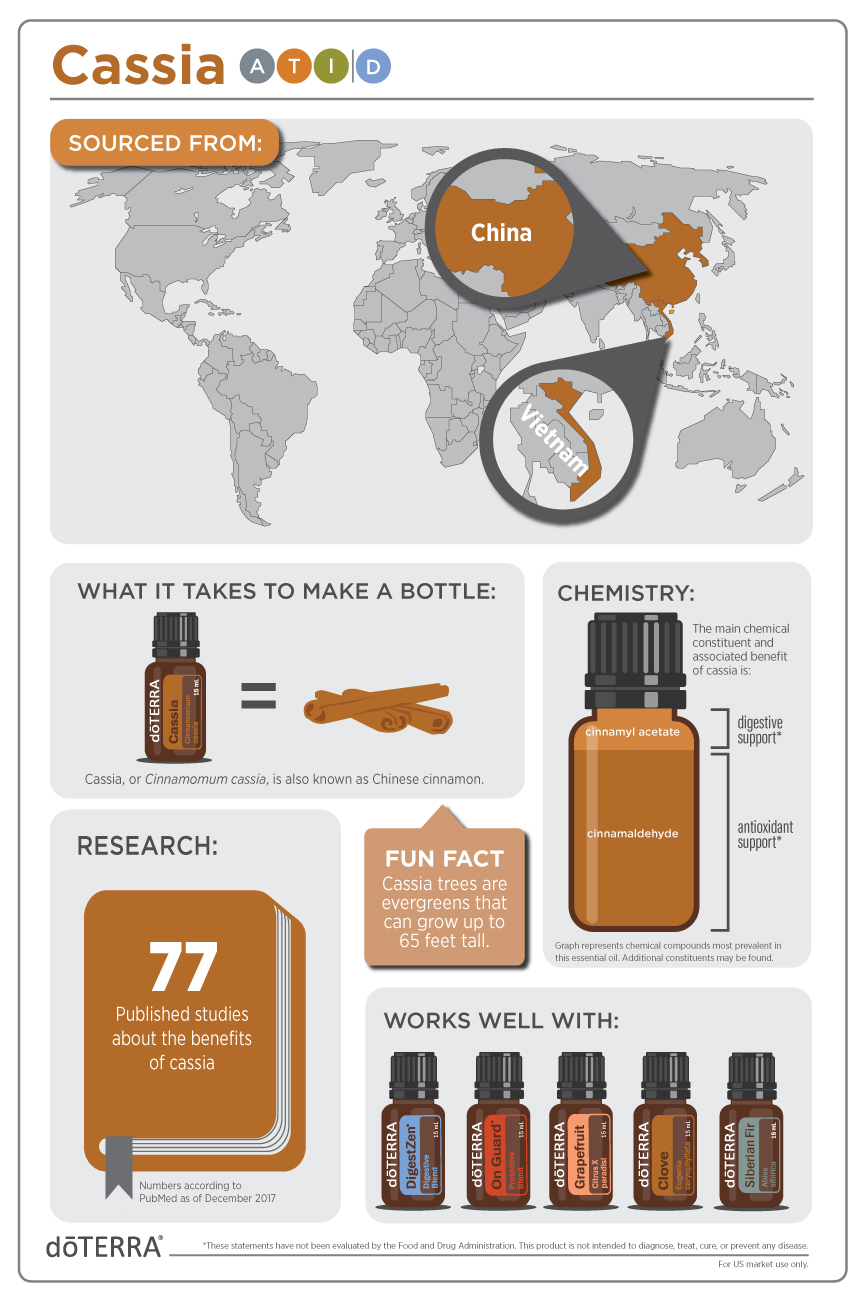 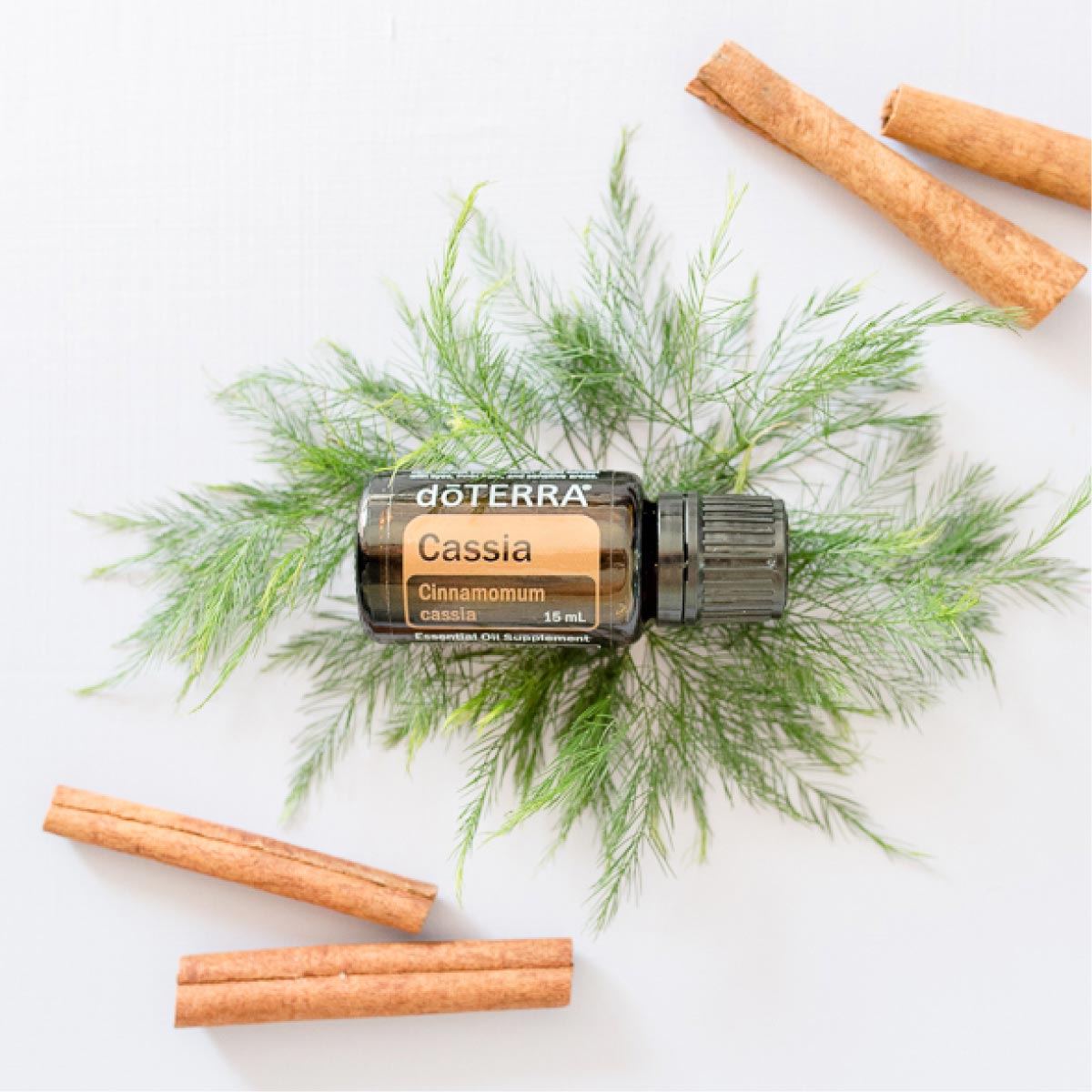 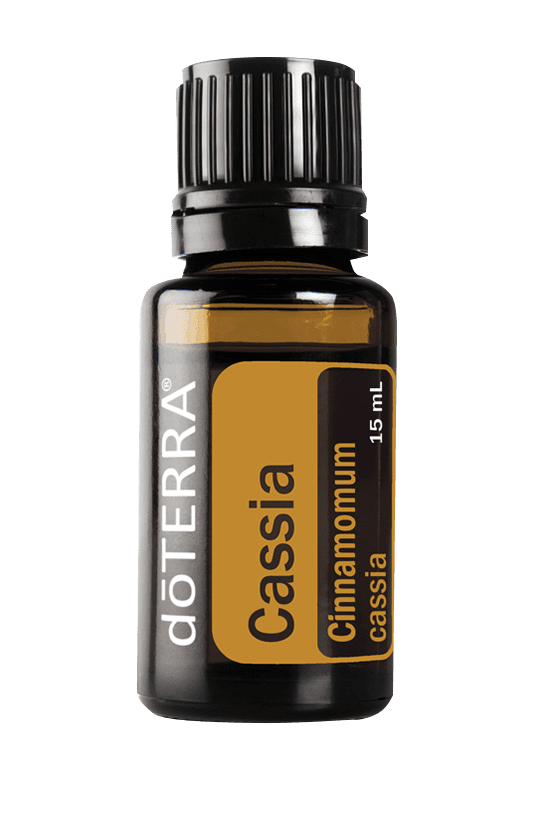