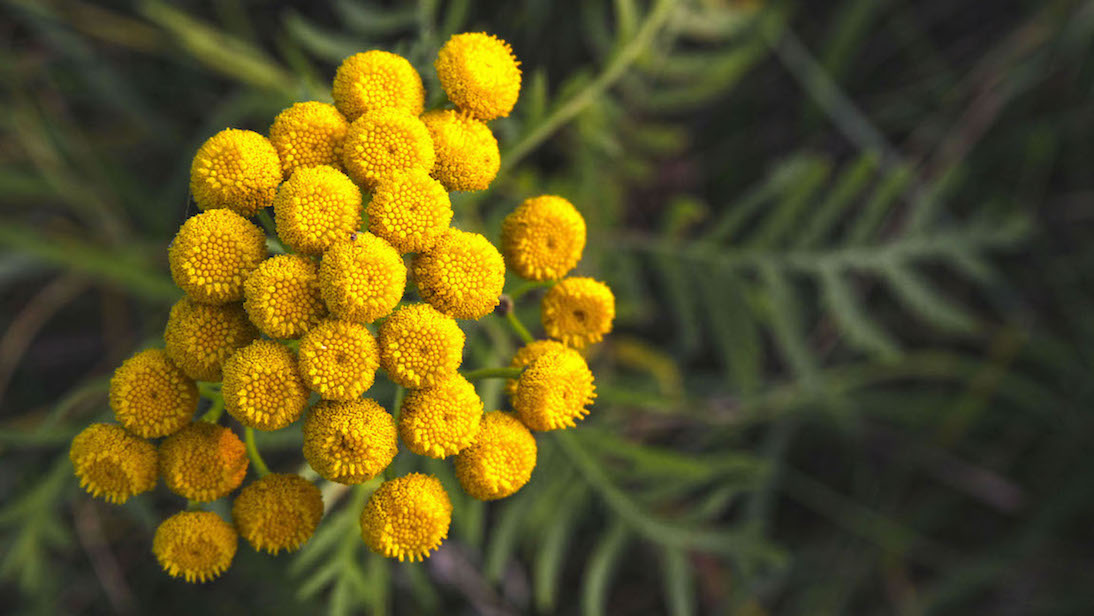 Blue Tansy essential oil is obtained from the leaves, flowers, and stems of the plant Tanacetum annuum. The name Blue Tansy is actually a misnomer; the plant itself is a yellow-flowered Mediterranean herb native to Morocco. The oil of the Blue Tansy plant belongs to a group called the chamomile oils, which also includes Roman Chamomile and German Chamomile. In this context, it is no surprise that Blue Tansy is sometimes referred to as “Moroccan Blue Chamomile.”

What each of the chamomile oils has in common is the presence of a compound called chamazulene. Chamazulene’s intense blue color is what gives all the chamomile oils their hue. Interestingly enough, chamazulene is actually formed during steam distillation, which explains why the oils are blue but the plants they come from are not. A sesquiterpene compound called matricin, which is found naturally in the aerial parts of chamomile plants, goes through a reaction when it is in the presence of water vapor at high temperatures. The reaction product is chamazulene, a sesquiterpene with a deep blue hue and soothing properties.2

Chamazulene has surface cleansing properties and may also help to soothe the skin when applied topically.2 Its soothing properties are believed to come from its ability to affect certain enzymes involved in the production of inflammatory biomolecules.1

Of all the chamomile oils, Blue Tansy is the oil with the greatest chamazulene content. This means that it has the most powerful soothing effect on the tissues. However, remember that with great power comes great responsibility. There is so much chamazulene in Blue Tansy that the oil can actually stain skin and surfaces blue, so it must be used carefully.

Aside from its high chamazulene content, Blue Tansy oil is also unique because of its high sabinene and myrcene content. Sabinene is a cyclic monoterpene known for its woody and spicy aroma, its ability to support healthy immune function and response, soothe the skin, reduce the appearance of blemishes, and for its powerful antioxidant activity.3* Myrcene is a straight-chain monoterpene that supports a healthy nervous system, protects against skin aging due to UV exposure, has antioxidant effects, and may help relieve discomfort by acting on targets in the peripheral nervous system.4,5*

Up until convention 2017, Blue Tansy has been offered only as an ingredient in Deep Blue® and various other blends. Now it is available as a single oil. As a natural substance with powerful soothing properties, Blue Tansy is an excellent addition to the doTERRA collection of essential oils.