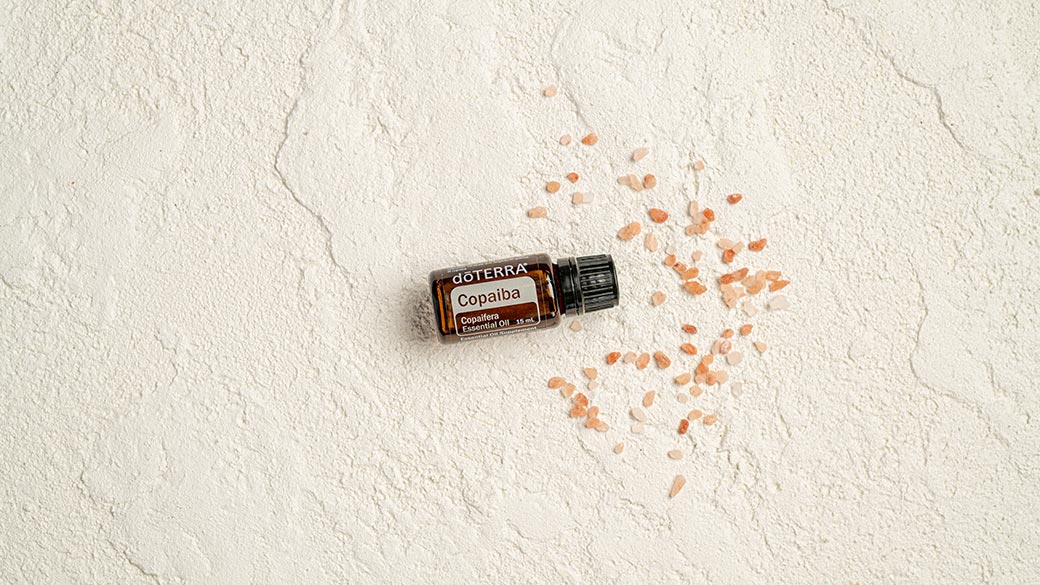 It has been an exciting year for the aromatic liquid extracted from the oleoresin tapped from the South America native Copaifera trees. Copaiba essential oil, as we know, was introduced at the 2017 doTERRA convention with a lot of excitement, and for good reason. Copaiba is the essential oil with the highest known concentration of beta-caryophyllene, a constituent with an almost endless spectrum of benefits. Copaiba instantly became one of doTERRA’s most popular single oils not only with users, but also for those interested in scientific exploration. Copaiba was one of the primary oils in the AromaTouch® Hand Technique pilot trial, where further evidence was gathered about its powerful soothing properties. A recently published meta-analysis reviewed the current research on Copaiba’s ability to support several other body systems.

The study, published in the Brazilian journal Thieme, reviewed and analyzed data collected from 42 separate studies published between 2014 and 2017. The analysis included studies primarily involving topical application, but also encompassed related studies involving aromatic and internal use of Copaiba essential oil. Of particular interest was a growing body of research surrounding Copaiba’s possible benefits in supporting proper inflammatory response, tissue remodeling, and overall cellular health. After evaluating the data from all 42 studies, the researchers found a positive significance factor of 84 percent in studies investigating Copaiba’s ability to support proper inflammatory response, 50 percent in tissue remodeling, and 100 percent of the studies regarding cellular health. The investigators hope to do further analysis of Copaiba in a few years when more research is available.

Despite being a relatively unknown essential oil just a year ago, the research regarding Copaiba’s possible benefits is actually quite extensive. As evidenced by this recent meta-analysis, the research is also overwhelmingly positive and the rate and scope of investigation is rapidly progressing. With the recent publication of the AromaTouch Hand Technique clinical trial and other planned studies incorporating the use of Copaiba in a variety of contexts and application methods, doTERRA is doing their part in scientifically validating the benefits of this amazing oil.