How to Use Northern Escape

One of the best ways to use Northern Escape is aromatically. Put a drop in your palm, rub your hands together, cup them over your nose, and take a deep breath to escape to the woods. Diffusing Northern Escape is like taking a journey through the forests of the world.

​​​​​​​Several of the many wood oils found in Northern Escape are soothing to the skin and tissues, making it a great option to use topically as well. Dilute with Fractionated Coconut Oil for a relaxing, inspiring massage. Using Northern Escape topically also allows you to carry the soft, balancing scent of the trees along with you all day.

Whenever you could use a minute to yourself—a moment to think and breathe—Northern Escape is the perfect oil to turn to. As you breath in the scent of Northern Escape, the rush of everyday life is forgotten.


What Essential Oils Are in Northern Escape?

Black Spruce is a powerful essential oil from the pine family. This woody, refreshing fir oil is grounding, cleansing, and soothing. Black Spruce is slightly sweeter in scent than some of the other fir oils.

As its name implies, Siberian Fir comes from the fragrant evergreen tree that thrives in the remote forests of Siberia. It’s fresh, pine-like aroma helps create a tranquil space and soothe muscles.

Balsam Fir is native to North America and is among the most fragrant of fir trees. Its refreshing fragrance promotes an uplifting, grounded environment.

Cedarwood encourages tranquility and can help create an environment of calm. Warm, woody, and somewhat balsamic, the aroma of Cedarwood creates a relaxing atmosphere.

A cousin of Lavender, Lavandin offers a soothing, soft touch to Northern Escape. Its aroma is slightly sharper than Lavender, which helps it blend so seamlessly and effectively with the conifer oils.

An oil that needs almost no introduction, Frankincense—also called the “King of Oils”—is well known for its many health benefits, uses, and applications. Its aroma is slightly warmer and spicier than the other tree oils. Its calming, stabilizing, balancing scent creates an atmosphere of peace and harmony.

Named for the Nootka tribe who resided in an area called the Nootka Sound, the Nootka tree is sometimes called a “twin” to the arborvitae tree. Like the other trees found in Nothern Escape, Nootka contributes to the overall grounding and balancing effects of the blend.

Hinoki oil comes from the wood of the Japanese hinoki tree. Its fresh, woody, and balsamic aroma provides a relaxing environment and is frequently used in personal care products and in perfumes for its fresh and airy scent.

Clove may be most known for its internal benefits; however, it has much to offer topically and aromatically as well. Its aroma is warm, invigorating, and cozy. In Northern Escape, it adds a hint of warmth and spice that rounds out the entire blend into a familiar, welcoming experience. 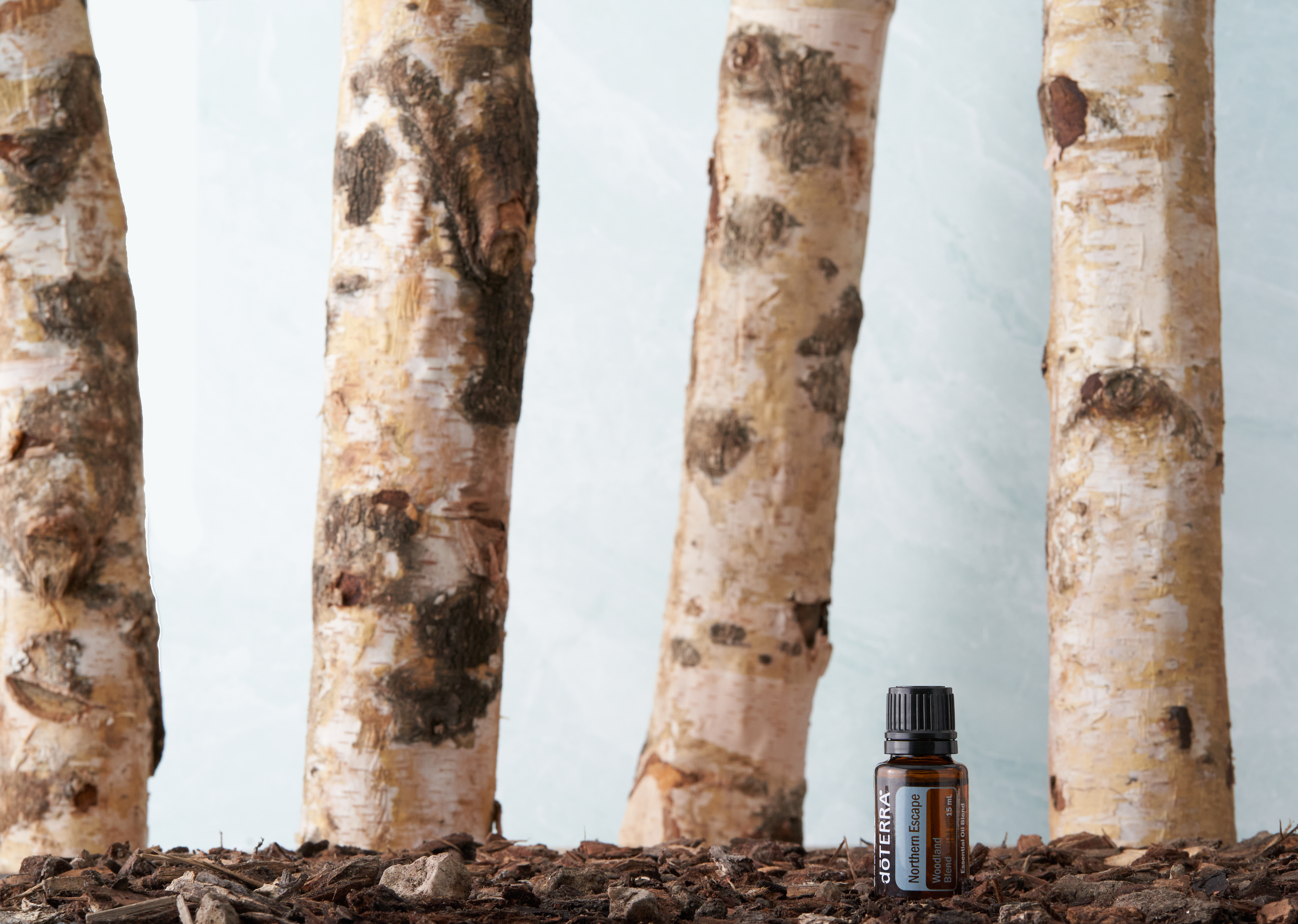