The History Behind Coriander 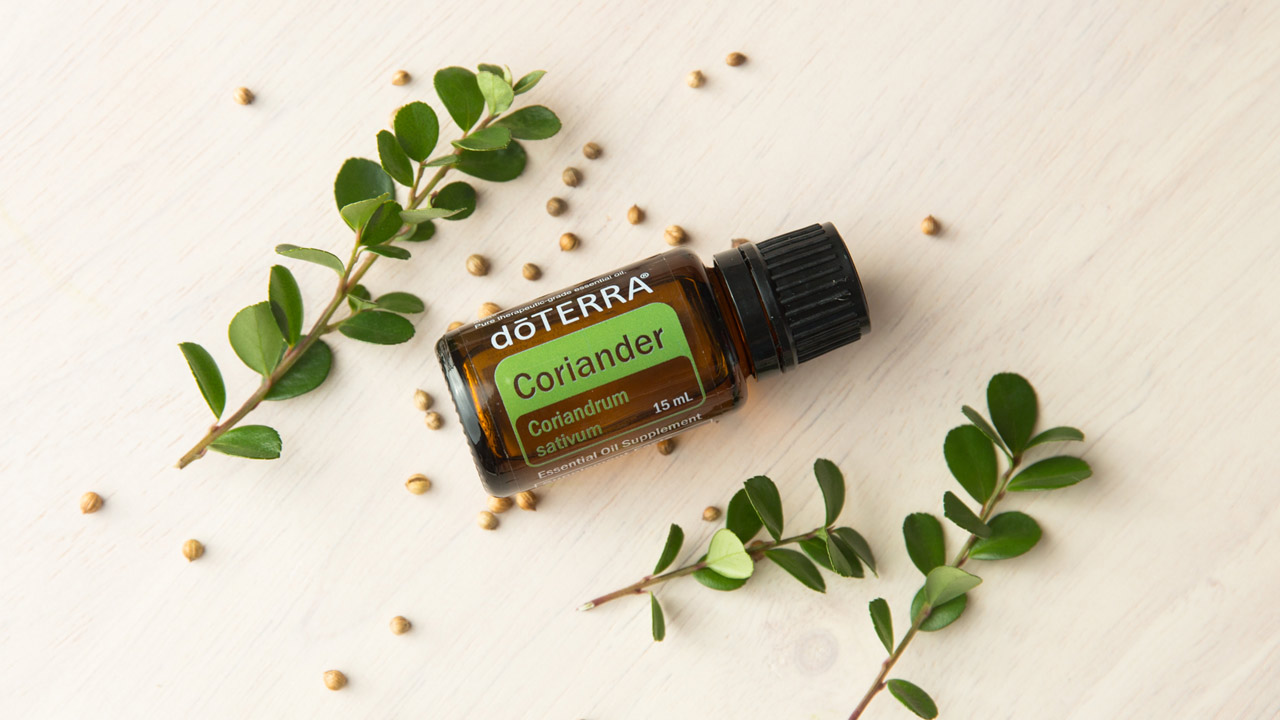 Coriander goes back to before the Egyptians, and is thus one of the oldest spices on record. Still used mostly for cooking, in its highly concentrated essential oil form, Coriander has benefits beyond the kitchen. Taken in a veggie capsule, it can both help your digestive system and ease the occasional upset stomach you may face.* It can also help tone and rejuvenate the skin when used in skincare. For more detailed uses, see our uses and benefits page.

The Same but Different

Coriander and Cilantro oils are technically of the same plant, Coriandrum sativum, but they are not exactly interchangeable. The flavor of Coriander is warm, nutty, and spicy with a hint of citrus, while Cilantro is more herbaceous and citrusy. This has to do with what plant part they come from: Coriander oil is strictly from the seeds while Cilantro oil is from the delicate leaves. And, while most people like coriander, there are certain people who hate the taste of cilantro because it has a soapy flavor to them (studies show this has to do with a specific gene that you may or may not have).

In fact, if you live in the US, you are less likely to confuse coriander (the spice) with cilantro (the herb). This is thanks to Mexico, which calls the leaves cilantro. This leafy herb is a common ingredient in Mexican cuisine which is popular all over America. As a result, the word coriander in the US only refers to the dried seeds and the ground spice. Internationally, however, coriander is used to refer to the entire plant, and people differentiate between the leaves and the seeds by referring to the spice as coriander seed.

While most of the benefits of Coriander come from either using it on the skin or taking it internally, adding Coriander to a diffuser can be refreshing. Thanks to the herbaceous aroma of Coriander oil, it will blend well with Cinnamon, Ginger, or Sandalwood oils. It may also pair well with Clary Sage, Bergamot, and mint oils like Peppermint or Spearmint.

How do you use Coriander oil? Let us know in the comments!