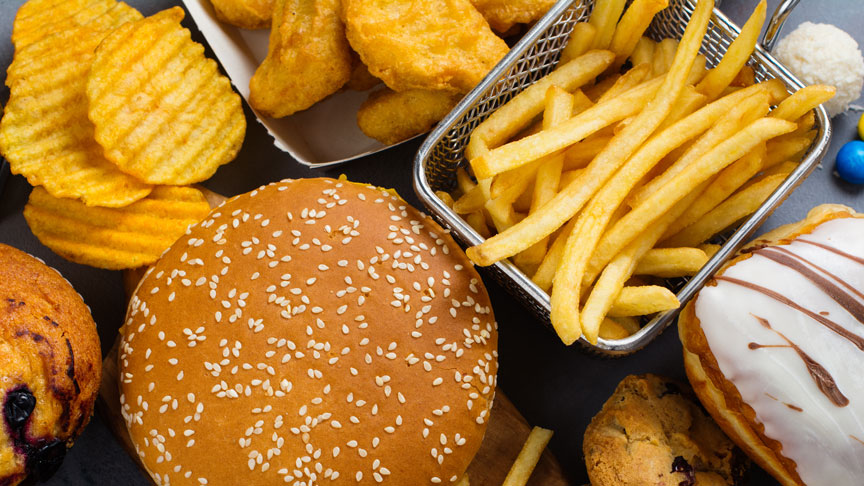 The evidence continues to grow that the prevalence of the modern “Western Diet” may be the greatest global health concern facing our current and future generations. Type 2 diabetes is a condition in which the body either does not produce enough insulin to regulate blood glucose levels or becomes resistant, and doesn’t respond to it. The resulting chronic accumulation of glucose in the blood greatly increases risk for heart attack, kidney failure, a host of circulation issues, and premature death. At current growth rates, estimates suggest that the incidence of diabetes will triple within the next three decades and affect more than 1 in 5 U.S. adults.1

A recent preliminary study found that consumption of “junk food” items may have a similar effect on blood sugar levels and glucose transporters in the kidneys as chronic type 2 diabetes.2 Researchers at Anglia Ruskin University studied how insulin resistance and the food characteristic of the “Western Diet” influenced glucose transporters in the kidney. The experimental group was fed a diet of that included common junk food items such as potato chips, cheese, pancakes, crackers, and muffins. They monitored metrics of metabolic disruption over an 8-week period. The experimental group experienced similar increases in the glucose transporters GLUT and SGLT and their regulatory proteins as seen in type 2 diabetics.

The daily consumption of highly-processed, sugar, and fat-laden foods may be prematurely altering blood glucose regulation, acutely stressing your kidneys and endocrine system in the same manner as chronic illness. More evidence that the numbers on the scale aren’t the only reason to focus your diet around whole nutrient-dense foods.