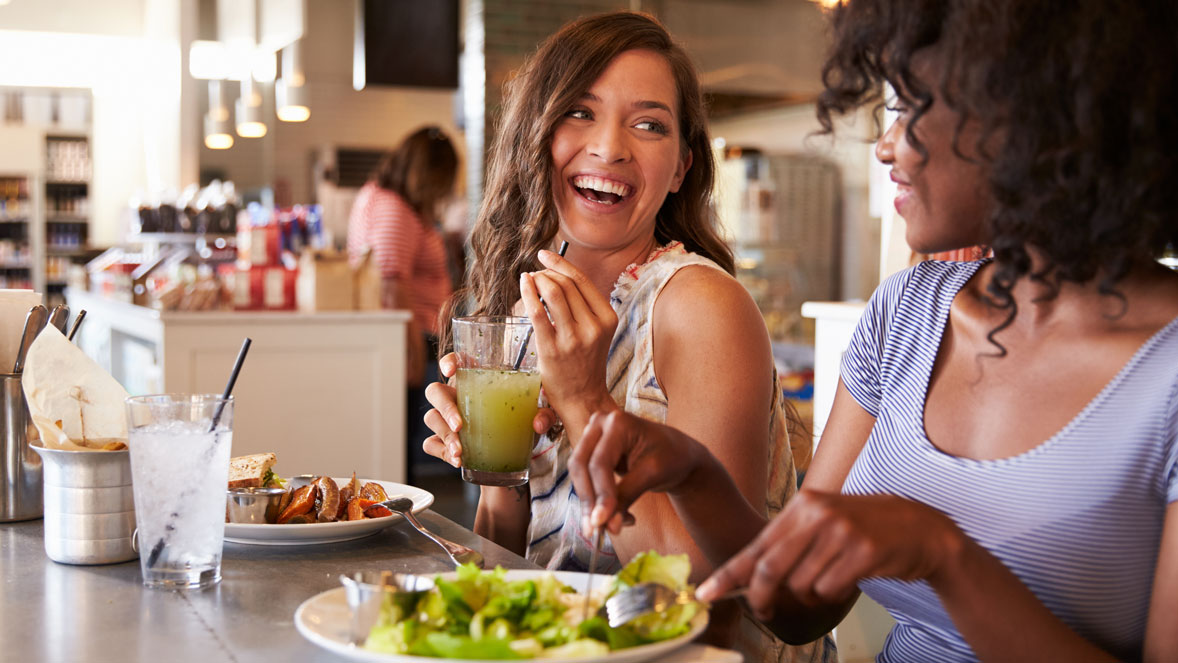 Eating out has become a part of our culture, so much so, that for the first time in history Americans now are spending more money on eating out than they do on groceries.1 While there are definitely healthy choices and ways to stick to your healthy eating plans while eating out, studies suggest that consumers on average eat more while out than they do at home.

In a study published in Public Health Nutrition, researchers examined the eating and caloric-intake patterns of 12,528 survey respondents who completed a two-day dietary journal. Respondents who regularly ate at fast-food and full-service restaurants exhibited an average daily total energy intake of nearly 200 calories more than those who ate most of their meals in the home.2 The regular restaurant patrons also averaged nearly double the average intake of saturated fat, dietary cholesterol, and sodium. Furthermore, individual at-home meals were on average less calorie dense than those consumed in restaurants.

One of the pillars of lifelong health and vitality is healthy nutrition. The research shows that the more meals that are eaten outside of the home, the more difficult it is to maintain healthy eating habits. Out of convenience and for a healthy social life, there is nothing wrong with the occasional meal out, but for optimum health, be especially conscious of what and how much you are consuming when those times arise.