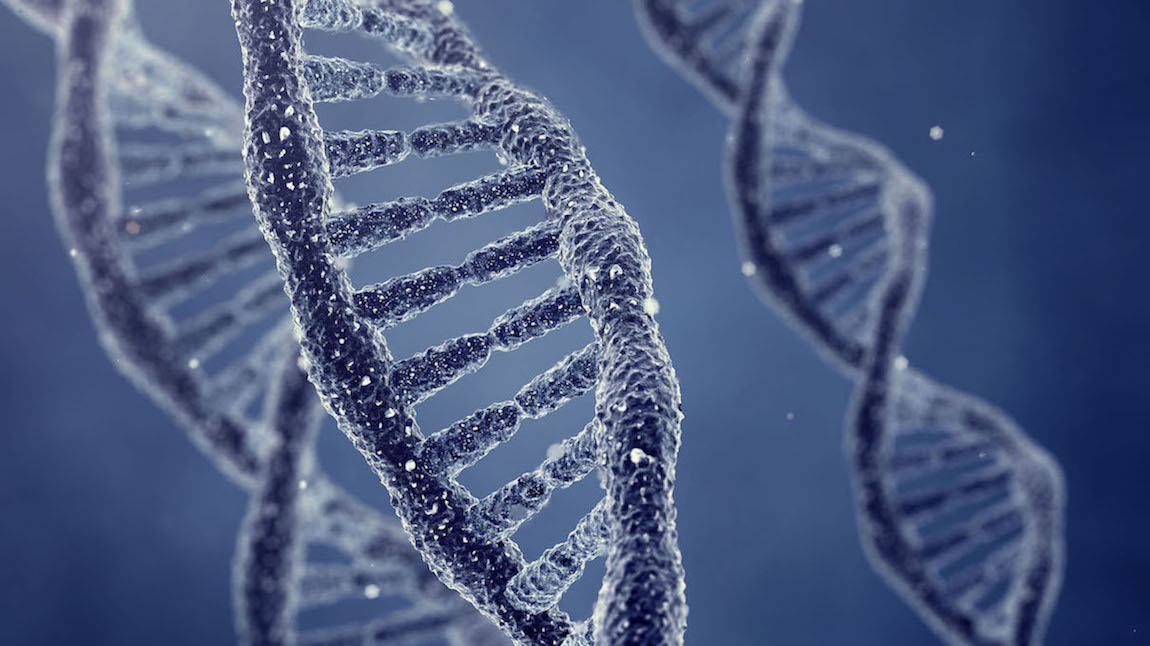 In contrast with the circular chromosomes found in bacteria, human and animal chromosomes are linear. One simple fact of mitosis is that every round of cell division is accompanied by a loss of a few DNA bases from both ends of the chromosome.1 Telomeres are repeats of meaningless DNA sequences that are found on the ends of chromosomes.1 Telomeres prevent the loss of important genes, even after repeated cell division, because they surround the DNA in the coding regions of the genome. During repeated cell division, the telomeres are slowly eaten away rather than the coding regions of DNA. However, once the telomeres are gone, a cell will die due to loss of important genetic material found in the genomic DNA.

Telomerase is an enzyme that adds DNA repeats to the ends of the chromosomes, lengthening the telomeres. Telomerase activity is observed in stem cells and body cells during times of repeated cell division, like during embryogenesis and development. However, telomerase is generally deactivated in adult somatic cells, which should normally die after a few rounds of division. This might sound counterintuitive, but allowing old cells to die is actually beneficial because it makes it possible for newly differentiated cells to take their place. Thus, controlling telomerase activity is an important part of maintaining good health and quality of life while aging.

Thymoquinone (TQ), a chemical constituent of Cumin and Thyme essential oils, has been shown to promote cellular health in many previous research studies. This specific property of TQ is attributed to its ability to inhibit telomerase activity. Biophysicists from the United Arab Emirates recently published a new study elucidating the mechanism of how TQ interacts with telomeres.3 They found that TQ molecules intercalate into G-quadruplex complexes, which are the 4-stranded helical DNA structures that form at the telomeres. TQ’s presence at the quadruplex prevents the DNA from being accessed by the telomerase enzyme, inhibiting the lengthening of telomeres by telomerase.3 The inhibitory activity of TQ on telomerase is exactly opposite of the activity of toxic pollutants like arsenic and benzene, which actually increase telomerase activity, resulting in longer telomeres in cultured cells.4,5

This discovery explains the protective effects of TQ on body tissues. It also supports other data from experimental studies suggesting that Cumin and Thyme essential oils work to promote healthy cellular function.*