The Science of Wintergreen 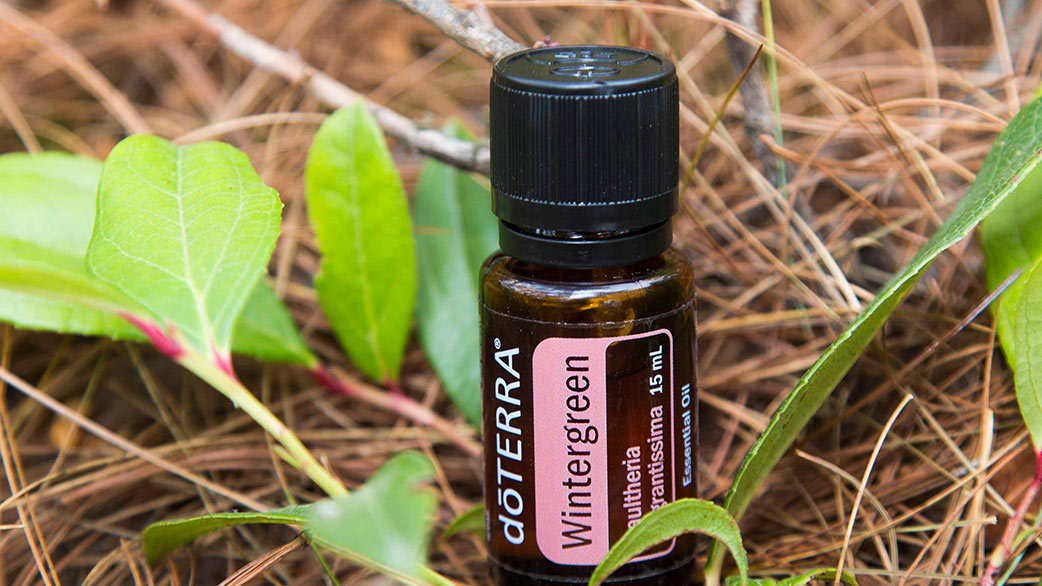 Salicylates: An example of how structure determines function

Salicylic acid, methyl salicylate, and other molecules that are derived from salicylic acid belong to a group of molecules called salicylates. While these structures may appear to be very similar, they actually perform radically different effects on various tissues of the body.

Let’s first examine Salicylic acid. The chemical structure of Salicylic acid (C7H6O3) includes a benzene ring with an alcohol (-OH) and a carboxylic acid (-COOH) functional group attached to it (see image attached here). The image attached shows the full chemical and skeletal formulas of salicylic acid. Chemists use skeletal formulas as a shortcut when drawing chemical structures. In a skeletal formula, each line indicates a bond, and a carbon is represented by two lines coming together at an angle. In the case of a benzene ring, there are three lines and three double lines indicating three single bonds and three double bonds. There are six corners, which indicate six carbon atoms. Hydrogen atoms that are bonded to carbons are not shown in skeletal formulas. However, hydrogens are included if they are bonded to an oxygen or another non-carbon atom (as in the case of alcohols and carboxylic acids).

Salicylic acid is naturally derived from the bark of white willows or the leaves of wintergreens, like the methyl salicylate we see in Wintergreen essential oil. Because salicylic acid isn’t a volatile aromatic compound, it isn’t found in the essential oils of these plants. However, salicylic acid is an important ingredient in many skin care products for its exfoliating and cleansing properties.1

Another well-known salicylate is acetylsalicylic acid, commonly referred to as aspirin. The chemical structure of aspirin differs from salicylic acid in that the aspirin structure replaces the alcohol functional group in salicylic acid with an ester functional group. While this may seem like a minor change in structure, it results in very different properties. Over-the-counter aspirin is commonly used to treat minor pain and to help manage inflammation.2 It also can inhibit some of the pathways involved in platelet aggregation (blood clotting) and is commonly used as a blood thinner.2

When you open a bottle of Wintergreen essential oil, you will immediately notice its crisp, minty aroma. What you’re smelling is actually just one very special chemical constituent: methyl salicylate.

It’s amazing how a subtle change in a chemical’s structure can dramatically affect its ability to act on targets within cells and tissues of the body. Salicylates include salicylic acid (a common ingredient in skin care products), aspirin (acetylsalicylate), and methyl salicylate (found in Wintergreen essential oil). After your next aerobic or strength training workout, consider applying Wintergreen oil to your exhausted muscles. For a 2 percent dilution, add two drops of Wintergreen to 1 teaspoon of Fractioned Coconut Oil. Its uplifting, energizing aroma paired with its soothing abilities will help you physically and mentally recover for your next athletic endeavor.