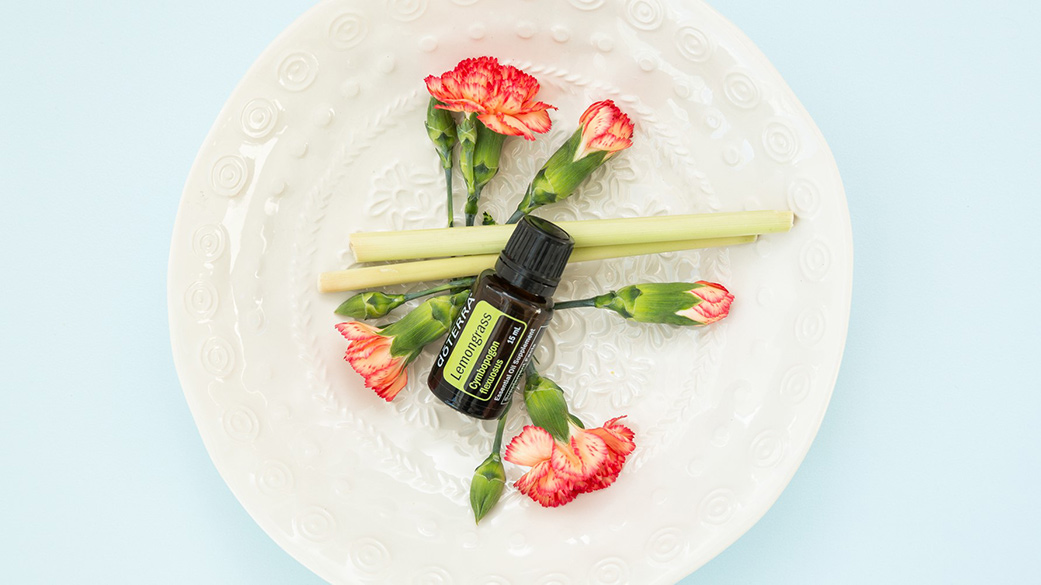 Lemongrass essential oil obtained from Cymbopogon flexuosus is mainly composed of the monoterpenoid citral. In an original research study performed by doTERRA scientists, the effect of Lemongrass on the BioMAP® dermal fibroblast system was characterized using ELISA biomarker analysis and RNA microarrays to measure protein levels and quantify gene expression.1

The BioMAP system made it possible for doTERRA scientists to examine how healthy cellular activity was supported by Lemongrass essential oil. The researchers added certain factors to cultured human skin cells and induced a cellular response in vitro that was expected to be comparable to a cellular inflammation response in vivo.2,3 Next, some of the cells were exposed to Lemongrass essential oil while others were left alone.

Both groups of cells were lysed (broken up) and their inner contents were analyzed by enzyme-linked immunosorbent assays (ELISAs). ELISAs are tests that use antibodies to detect a specific protein of interest and measure its concentration in the sample. The proteins of interest in this study were biomarkers known to be upregulated (produced in excess) in a cell during inflammatory conditions. VCAM-1, IP-10, I-TAC, MIG, collagen-I and III, EGFR, and PAI-1 were a few of the 17 biomarkers studied.

Han and his associates discovered that the cells exposed to Lemongrass had significantly lower levels of 11 of the 17 biomarkers compared to cells not exposed to Lemongrass. Other experiments revealed that gene expression (as measured by RNA levels) in these cells was also significantly altered. Pathways related to tissue remodeling and inflammation were affected as well.1

BioMAP® is a registered trademark of DiscoverX Corporation.