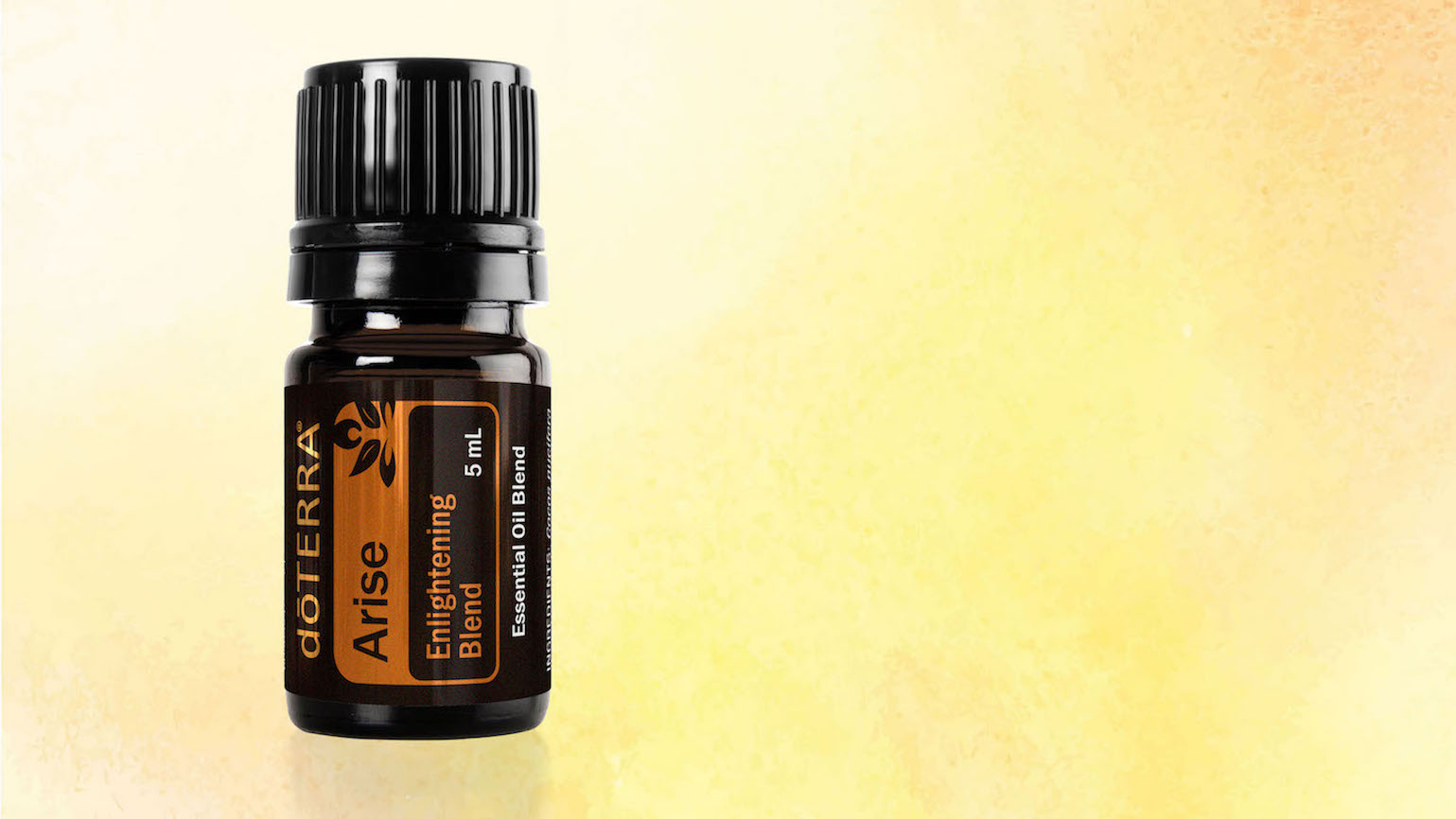 Emotions are a complex sum of the activity of multiple systems in the brain and body. For instance, think back to a day when you had a lot on your mind but just a few hours of sleep to get you through everything. Your central nervous system was probably agitated and stressed, while your peripheral nervous system probably felt sluggish and struggled to keep up. As you can see, a single stimulus can affect multiple body systems in different ways, causing a complex response that can be just as complex to manage. With this complexity in mind, doTERRA scientists and yoga specialist Elena Brower worked together to design doTERRA Arise, a new blend that helps calm the mind and energize the body. This unique combination of invigoration and relaxation promotes profound feelings like freedom, inspiration, and enlightenment.

doTERRA Arise can be used topically with or without dilution, and it can also be used aromatically. Diffuse this blend during your morning routine, during times of stress, or during yoga or a workout to experience a unique combination of invigoration and relaxation. Apply topically to promote feelings like freedom, inspiration, and enlightenment throughout the day.