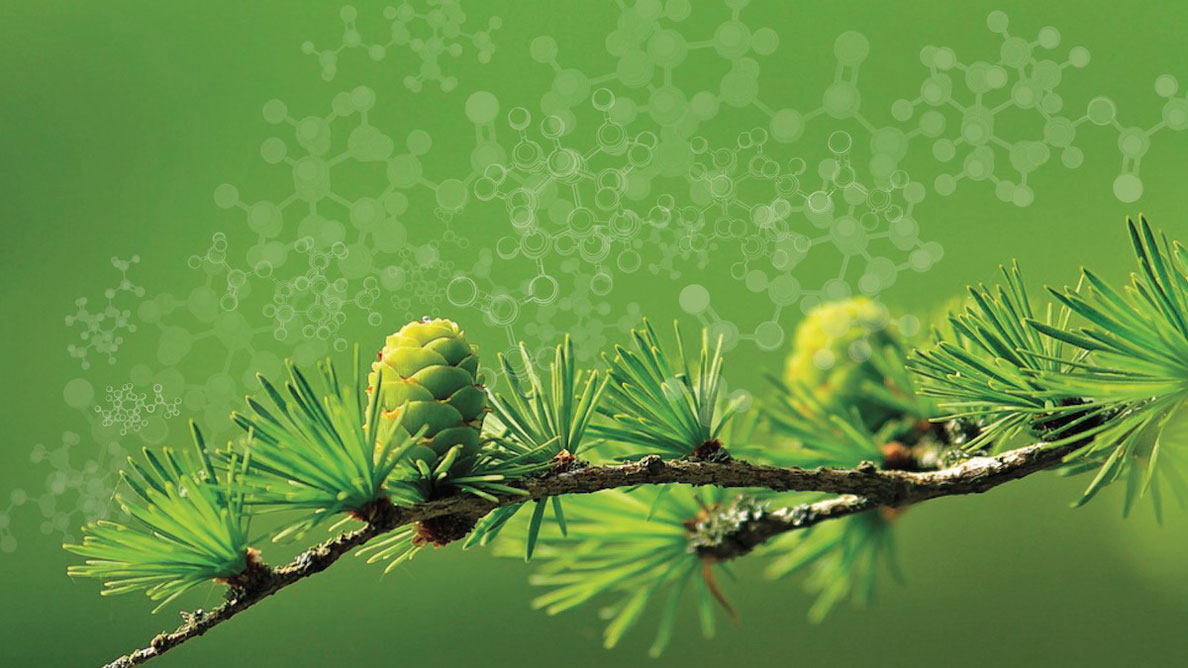 Bornyl acetate is the primary chemical constituent found in Siberian Fir essential oil. It is also found in Douglas Fir, Cypress, Rosemary, Frankincense, and Juniper Berry essential oils in small amounts. Bornyl acetate is chemically classified as a monoterpene ester. It shares the same carbon backbone as borneol, a highly researched monoterpene alcohol. The only difference between the two compounds is that the alcohol group is replaced with an acetate ester group. Bornyl acetate is known for its ability to help soothe, relax, and support skin and tissue health.

Bornyl acetate has relaxing properties. In a human clinical trial, inhalation of bornyl acetate induced relaxation of the autonomic nervous system and reduced levels of arousal during and after visual display terminal work (work at a computer desktop).2 In an experimental model of hyperactivity, German scientists found that bornyl acetate has calming effects and can help soothe an agitated nervous system.3

Multiple studies have confirmed that bornyl acetate also has soothing and supportive effects on the body’s tissues. Various research groups have found that bornyl acetate affects gene expression and protein activity in different cell types in a way that can soothe a normal inflammatory response.4-6 It is also effective for supporting cellular health in gastric cells.7

Researchers investigating the activity of Japanese cedar essential oil found that bornyl acetate, one of its constituents, is highly effective in inhibiting the tyrosinase enzyme.8 Tyrosinase is the rate-limiting enzyme for controlling the production of melanin, the pigment that makes skin darker. This discovery suggests that bornyl acetate may have potential applications in cosmetics as a means to prevent the darkening of skin and help make skin more fair and young-looking. It is important to keep in mind that these results are preliminary and that wearing sunscreen is probably the best way to prevent skin darkening.

Bornyl acetate, one of the mains constituents in Siberian Fir essential oil, is unique in its ability to calm feelings of agitation. Bornyl acetate also has many potential applications in health and cosmetics because of its ability to inhibit certain enzymes and affect cell and tissue health.