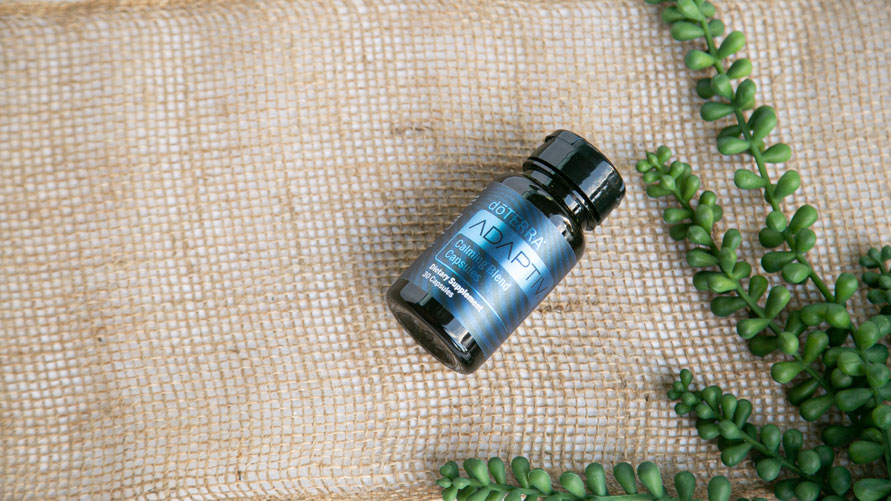 According to the National Institutes of Health, more than 1 in 5 U.S. adults report regularly experiencing stressful situations that they need assistance with1. Combining the mood modulating effects of Lavender, Coriander, Fennel, and Wild Orange essential oils, the doTERRA Adaptiv Calming Blend Capsules provide a natural solution. But it isn’t just volatile aromatic compounds that make Adaptiv Capsules so powerful. Adaptiv also contains precise amounts of other naturally sourced compounds, which support emotional stability and calmness. One of these compounds is a chemical that is produced within the body and can also be found in our diets.

Emotional and mental well-being starts in the brain. Gamma-Aminobutyric acid (GABA) is a neurotransmitter, a chemical that facilitates communication within the cells in the brain. GABA is naturally produced in the brain and is used to transfer information to other systems of the body, specifically the central nervous system. GABA is considered an inhibitory neurotransmitter (in fact, the human body’s most inhibitory neurotransmitter) because it works by blocking certain brain signals and decreasing nervous system activation. The primary function of GABA is to regulate (inhibit) activity of cells in the brain and central nervous system that are responsible for a wide spectrum of effects in the brain and the body: managing behavior, influencing cognition, and modulating our responses to stress. There is also evidence that healthy GABA levels are important for proper immune and endocrine system function, and regulation of appetite and metabolism. If you are having issues with managing stress, relaxing, sleeping, or even issues managing your weight, you may have lower levels of GABA.

Because GABA plays such an integral role in mood modulation, GABA-mimicking compounds are popular for addressing various emotional and psychological concerns. There is also scientific evidence that supplementation with GABA may improve biomarkers of calmness and overall health2.* There are some whole food sources of GABA, such as varieties of tea and fermented foods (tempeh, kimchi, and miso), and it is believed that consumption of some foods such as beans and nuts may boost internal production, but overall the dietary sources have minimal concentrations. As a result, the use of naturally derived GABA as a dietary supplement is becoming increasingly widespread and various foodstuffs are now GABA fortified3. Adaptiv Calming Blend Capsules offer an effective alternative as they contain 100mg of naturally sourced GABA per one capsule serving.

How Do I Use Adaptiv Capsules?

Adaptiv Calming Blend Capsules are a great, natural alternative to promote mental well-being and there are a few different ways to use them daily, for both acute and long-term support.

With the combination of calming essential oils, botanical extracts, and clinically supported amounts of GABA, Adaptiv was formulated to be an all-natural alternative to support emotional health and cognitive well-being.