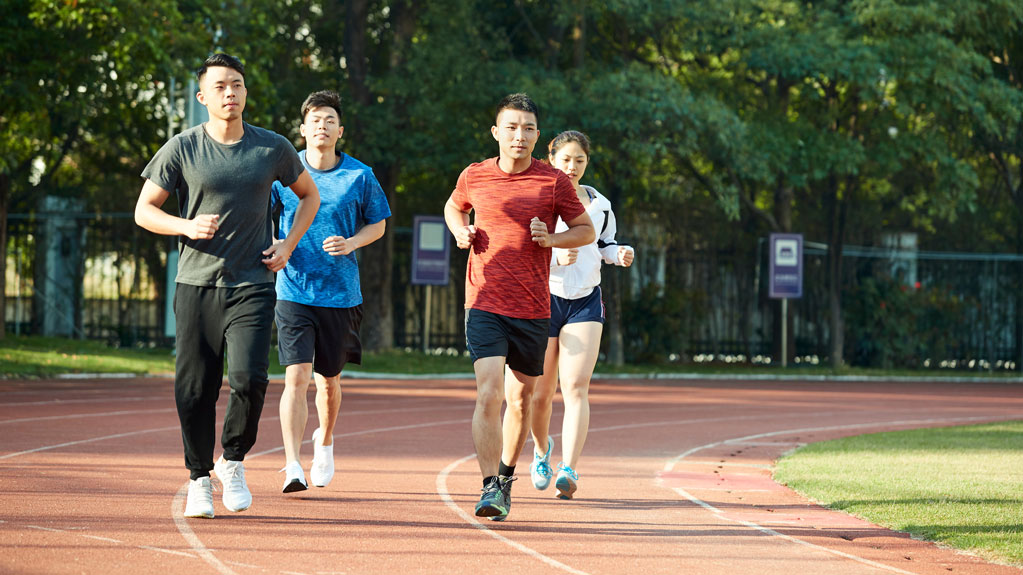 Article at a Glance

When you think about natural exercise products, perhaps the first essential oil that comes to mind is peppermint. As a rich source of menthol, peppermint offers a wide spectrum of benefits for everybody, from the novice gym-goer to the highly competitive athlete1. However, it isn’t the only essential oil that should be in your gym bag. According to clinical research, spearmint and sweet orange flower essential oil may also help support your athletic goals.

The most common lung function test, spirometry measures the amount and speed of air inhaled and exhaled by a person. A spirometry exam consists of breathing into a machine known as a spirometer. A spirometer generally assesses two elements of lung function: forced expiratory volume (FEV1) and forced vital capacity (FVC). FEV1 is the maximum amount of air someone can exhale in one second, while FVC is the maximum amount of air one can exhale after a deep breath. Lung obstruction reduces a person’s ability to blow out air quickly. Total numbers and the ratio of FEV1 to FVC are used to assess lung function.

Attempting to determine the inhalation effects of spearmint and sweet orange flower essential oils on athletic performance and lung function, researchers conducted a quasi-experimental, uncontrolled before-and-after study2. They recruited 20 college students, all studying physical education and in generally good health, separating participants into two groups: one inhaling nebulized spearmint and the other inhaling sweet orange flower. The participants inhaled nebulized (converting a substance into a mist) essential oil and saline solution for five minutes before a 1,500-meter running test. Researchers conducted lung function assessments with a spirometer before and after inhaling the essential oil and saline mixture. Data collected included spirometry results and running time.

Analysis of the data showed significant improvements from the essential oils; in the spearmint group, post-inhalation spirometry results showed an improvement (on average) from 50% to 60%. The improvement in the sweet orange flower group was even more significant, increasing from 40% to 70%. Both groups also experienced an average reduction in running time. Researchers concluded that the short-term change of lung function following essential oil nebulization was the cause of the participants’ improved running performance.

Previous research has focused almost solely on peppermint essential oil. Other studies have shown improved running performance (under different conditions), decreased fatigue in cycling, and decreased perceived exertion during hard exercise3-5. Further research is necessary to validate the data because of the small sample size and lack of control, but this clinical evidence suggests spearmint and sweet orange flower may also benefit athletes.