What Is Balsam Fir Used For?

The main chemical constituents found in Balsam Fir are Beta-pinene and Alpha-pinene, which both contribute to its cleansing abilities, and Beta-phellandrene. These constituents are also beneficial to the skin.

How to Use Balsam Fir Essential Oil

Historically, Native Americans have used balsam fir for a variety of ritual and wellness purposes. Today, it is often used for its brilliant aroma. It produces an enlivened, bright, fresh atmosphere and can transform any environment into a welcoming, sanctuary. Diffuse Balsam Fir throughout your home to experience its majestic aroma.

Additionally, you can use Balsam Fir on the skin. Dilute with a carrier oil—like Fractioned Coconut Oil—and massage into your skin and tissues for a soothing sensation. Not only is the experience calming and grounding, but you get to carry the supportive scent of Balsam Fir around with you as a result!

Finally, take advantage of Balsam Fir’s cleansing properties by adding it to a natural cleaner. A few drops of Wild Orange and Balsam Fir in a spray bottle with water makes for one of the best smelling kitchen cleaners of all time. 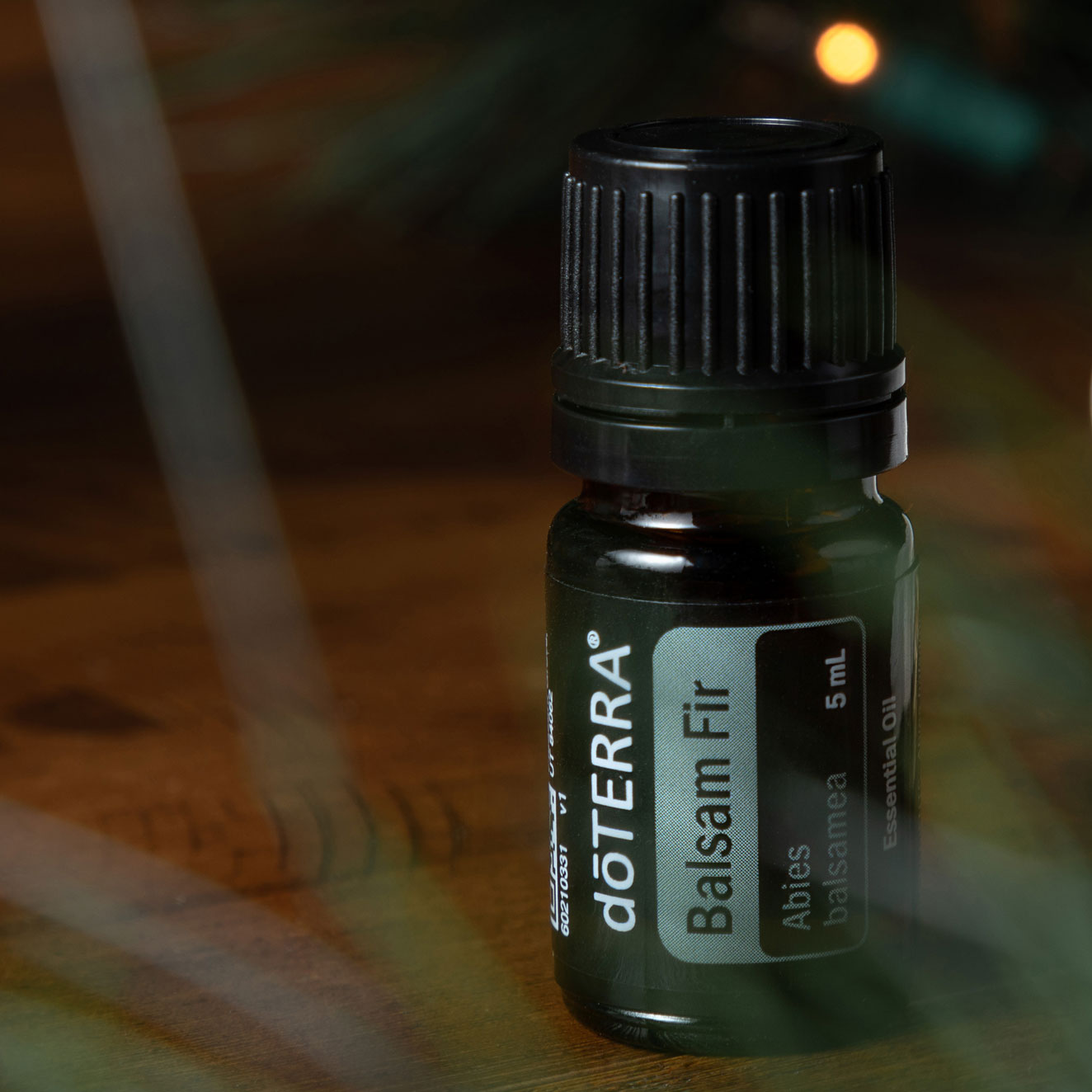 How Tall Does a Balsam Fir Grow?

Native to Eastern and Central Canada and the Northeastern US, balsam fir trees are conifers with dense, flat, dark green needles. These branches are incredibly fragrant and relatively soft. Balsam fir trees grow more than 80 feet high and typically live up to 100 years.
​​​​​​​
doTERRA Balsam Fir essential oil is produced using the same unique sustainable sourcing method as our Black Spruce essential oil, which includes a circular distillation process that reduces waste, generates electricity, and results in a 60 percent reduction of GHG compared to conventional processes.

Balsam Fir is one of the most common and popular choices for Christmas trees because of its strong, woody, refreshing scent. Balsam Fir essential oil captures that distinct, pine forest scent in a bottle! 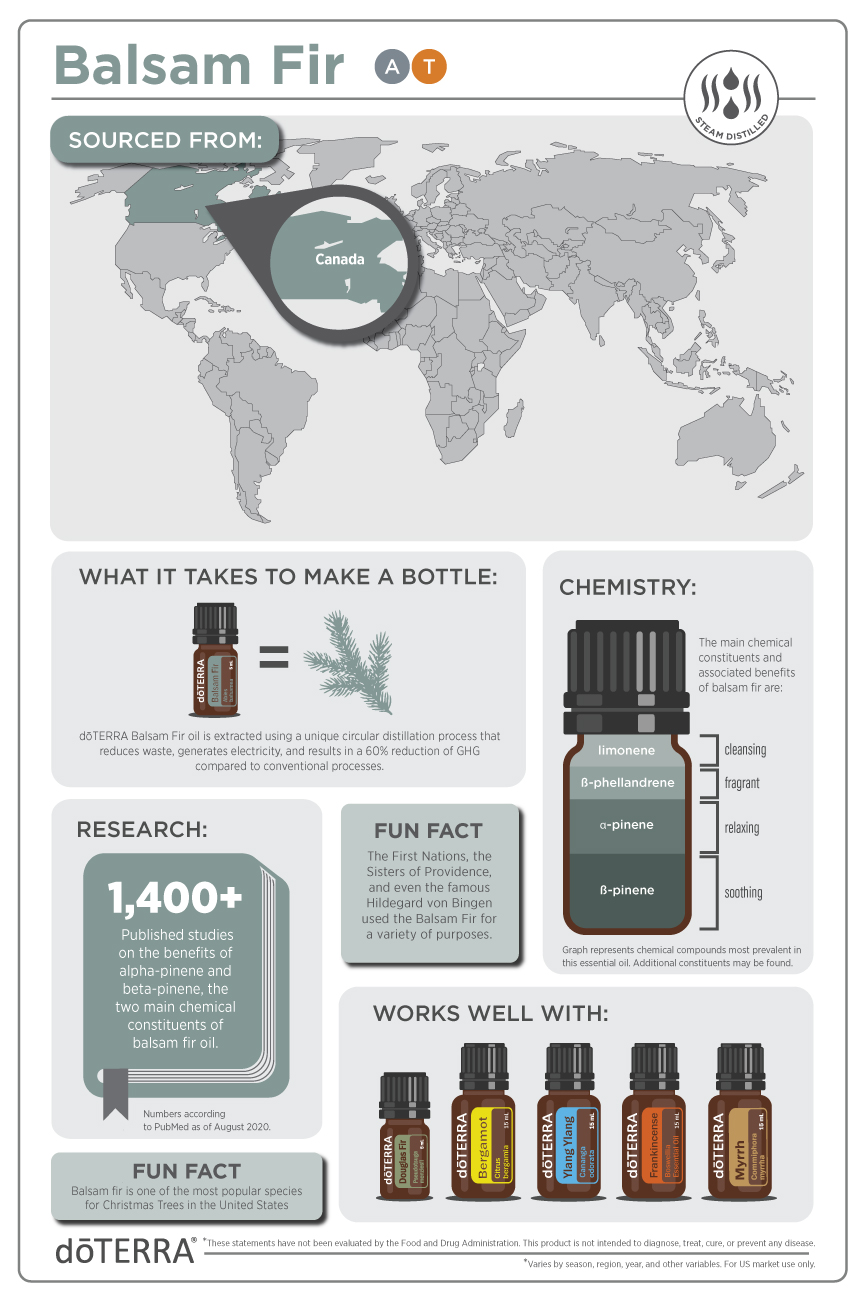