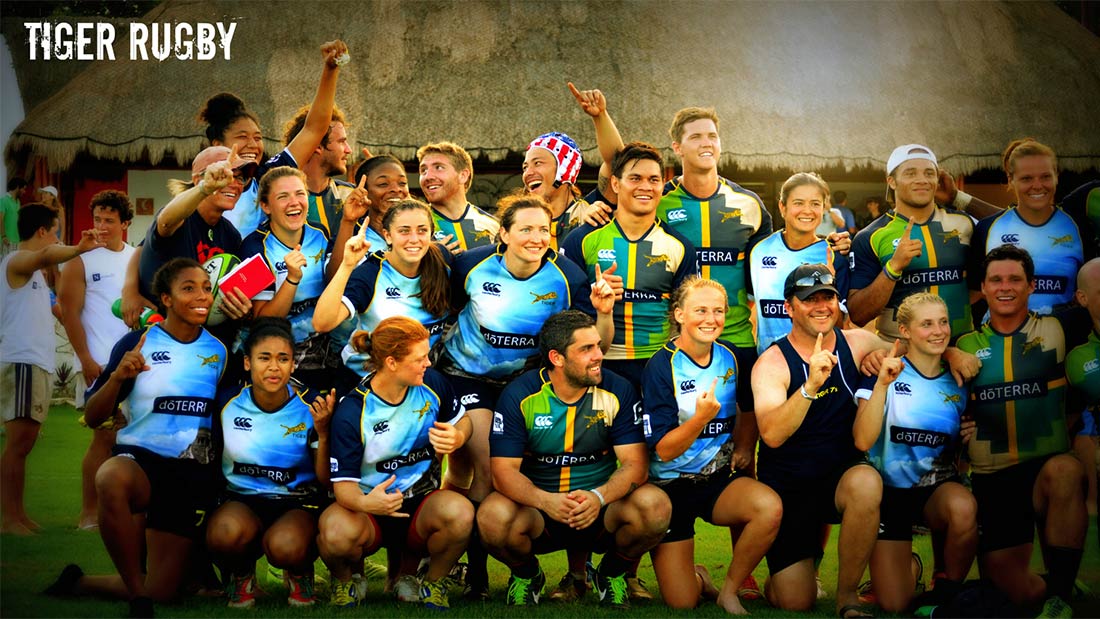 Tiger Rugby is a collective of players in the United States, most of whom have played or will play international rugby at some point in their career. Since their inception almost seven years ago, Tiger Rugby has routinely sent its squads to tournaments around the globe to bring the universal language of rugby to the masses. doTERRA first partnered with Tiger Rugby Olympic Development Academy for their tour in China for the Shanghai 7’s Tournament in October 2013. doTERRA was displayed proudly on Tiger Rugby apparel worn by the players during the tournament. While in China, Tiger Rugby teamed up with a local organization called SportForAll to provide service to a local school. They received a tour of the school, including the classrooms, and learned what the average school day looked like for the kids. They organized some games with SportForAll to play with the children. The players, teachers, and students loved the interaction. James Walker, a director of Tiger Rugby, said, “As coaches and players, we have to remind ourselves constantly how fortunate we are, and there is no better way to do that than to give back directly to those less fortunate. Every tour we do, we strive to leave our host country with the best possible impression of our players, but more importantly, we strive to leave our players with indelible memories and life lessons that they can carry with them as they move on to bigger things.” Since their first tour in South Africa in 2007, the club has organized at least one charitable event on each of their trips. Paul Holmes, Director of the Tiger Rugby Academy and Presidential Diamond Wellness Advocate, has introduced many of the players to doTERRA and has helped them incorporate essential oils into their daily routine. Deep Blue Rub has quickly become a go-to, must have product for the team.