dōTERRA Leaders Support Construction of Houses in Haiti After Hurricane

THE Mission Haiti began their scholarship program in Haiti in 2010. Originally, the program had 15 students, all over the age of 10; of these 15 students, only two had ever attended school before.

Seven school years later, THE Mission Haiti has more than 700 students enrolled in their sponsorship program. These students are receiving an education that will allow them to provide basic services, property ownership, healthcare, political processes, and other opportunities to break the cycle of poverty in Haiti.
More than 70 percent of these students live in tents or makeshift shelters. Many have been without homes since Haiti’s devastating 2010 earthquake, others lost their homes during 2016’s Hurricane Matthew, and still others live in such abject poverty that they have never lived in a home with a floor or a door.
After Hurricane Matthew destroyed much of Haiti near the end of 2016, doTERRA leaders Jonathan and Deanna Nichols partnered with the doTERRA Healing Hands Foundation™ to raise money so that new, concrete homes could be constructed for these students in Haiti. Not only are these homes a restoration of what they lost, but for some of these students, these homes are far better than anything they have ever known.
“These families have had their entire world transformed and there is no way to explain the joy they feel,” says Charity Remington, THE Mission Haiti. “I have seen open weeping and prayers of thanksgiving from mothers who had felt forgotten by the world. Thank you for letting them know that they are not alone. What a priceless gift.” 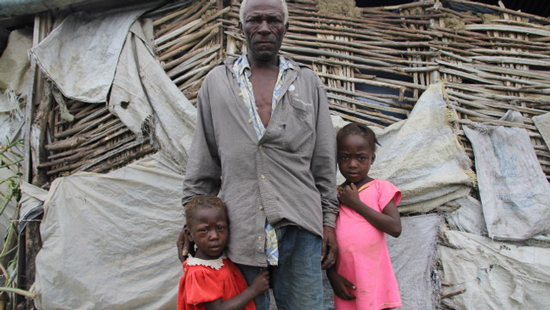