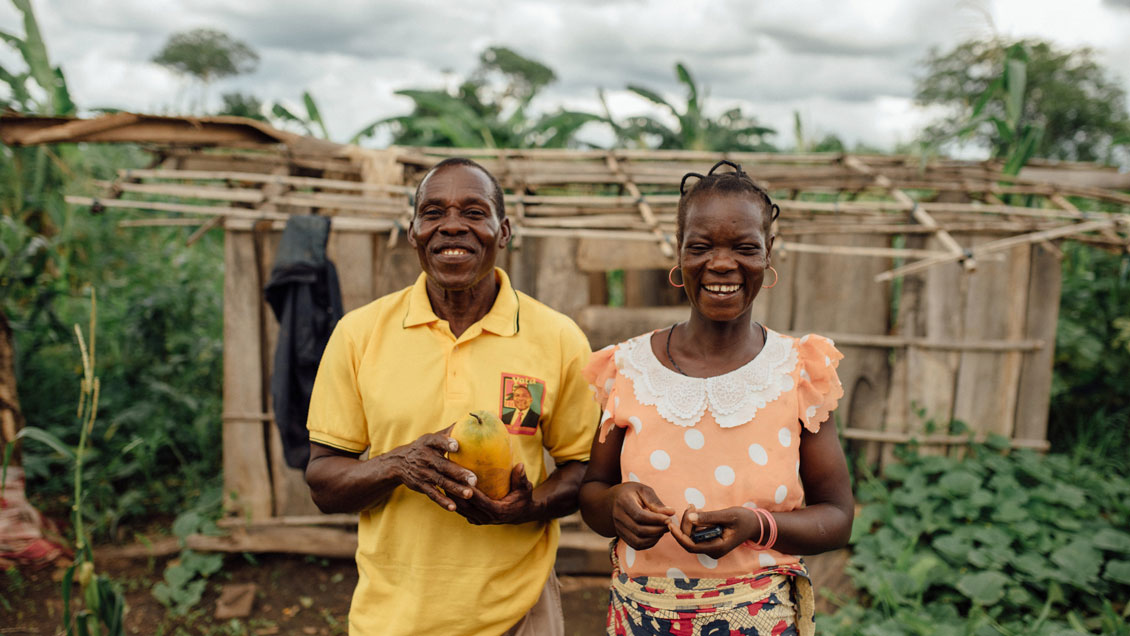 Since the time Ginna Cross was a teenager, she has had a deep love for the people of developing countries. Cross was a senior in college when she first had the opportunity to travel to Africa, and consequently moved to Mozambique for a year when she graduated from nursing school. While in Africa, Cross lived her dream as she worked in a clinic for babies and made home visits to the villagers.

As Cross comes from a family with extensive farming background, her family recognized the significant amount of farming potential in the area when they traveled to Africa to visit her. Although they were unable to feasibly make improvements at that time due to substantial barriers including the locals’ lack of proper resources and knowledge about farming, relinquishing the idea of advancing agricultural techniques in an area with such promising potential was difficult for them.

Upon moving back to the United States, Cross married and began a family. Though she still longed to make a difference by way of service in Africa, it became unfeasible as her family grew and bills mounted. That is, until she was introduced to doTERRA.

Within one-and-a-half years of actively building their business, Steve and Ginna Cross climbed to the rank of Blue Diamond; and with the financial stability that followed,* Ginna’s dreams of serving the people of Africa began to resurface. Especially when her sister-in-law, Sarah Hardie, along with her husband Josh, were presented with an opportunity to purchase some land in Mozambique.

As one of Cross’s top line Platinums at the time, Hardie was instrumental in their formation of the non-profit organization The Garden Well. With Cross to support her team while she was away, Hardie traveled to and from Mozambique for the next several years to prepare the area around Coranne for necessary agricultural advancements. Cross and Hardie engaged the doTERRA Healing Hands Foundation™ in a matching contribution campaign to help fund the installation of the first well in Coranne. The well will provide a constant source of clean water to the locals, which will allow them to water their crops and feed their families year round.

And while the wells will bring a reliable source of clean water to these communities, the consequences of this project will be much more encompassing in its influence. In addition to the financial support of the doTERRA Healing Hands Foundation, The Garden Well works with additional non-profit organizations to expand the impact and sustainability of its mission, and provide informational clinics in which farming and irrigation methods for modest land-holders will be taught.

Cross is excited about the opportunity to provide gardening kits to the locals along with this instruction, as well as to deliver doTERRA products when they visit these areas of Africa. Cross says, “I’m thrilled about the potential for people to learn to garden really effectively and have the tools and water access to be able to irrigate. So the garden kits are a big passion and focus of mine. Also, I am giddy about bringing the oils with us and blessing the community with our amazing gifts.”

Models of small-scale gardens and farms with simple drip irrigation systems will be presented to the locals during these clinics. Implementing simple drip irrigation techniques in their farming will help sustain the gardens during the dry season in order to offset the often devastating effects of crop failure, with which the locals are all too familiar. In fact, as increased farming efficacy improves crop yield, the surplus may be sold at the markets in and around Coranne to further support the economy. More effective farming methods will also make more free time for locals to pursue other income-generating activities so they can better provide for their families.

“This is just the beginning,” promises Cross after the installation of the first well in Mozambique with the financial support of the doTERRA Healing Hands Foundation. “I’m feeling overwhelmingly blessed that doTERRA has enabled us to be able to pursue our passions of bringing positive change to people all over the globe.”