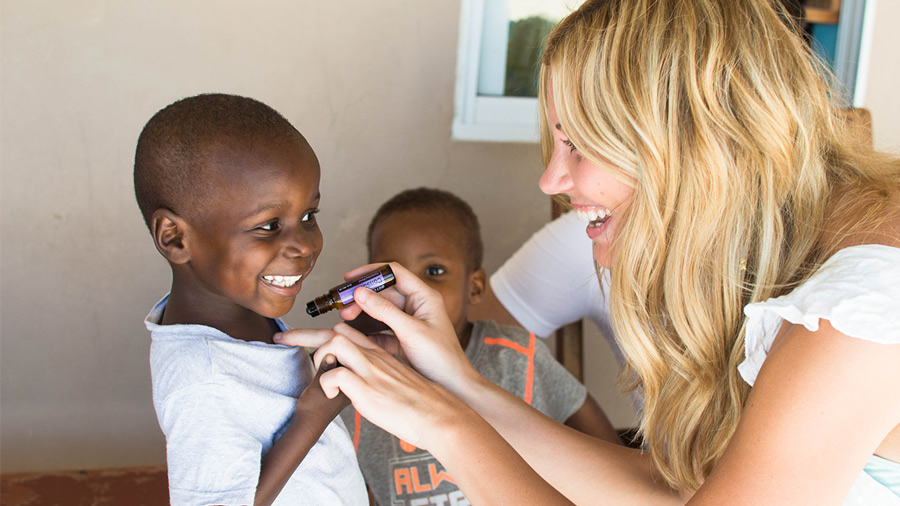 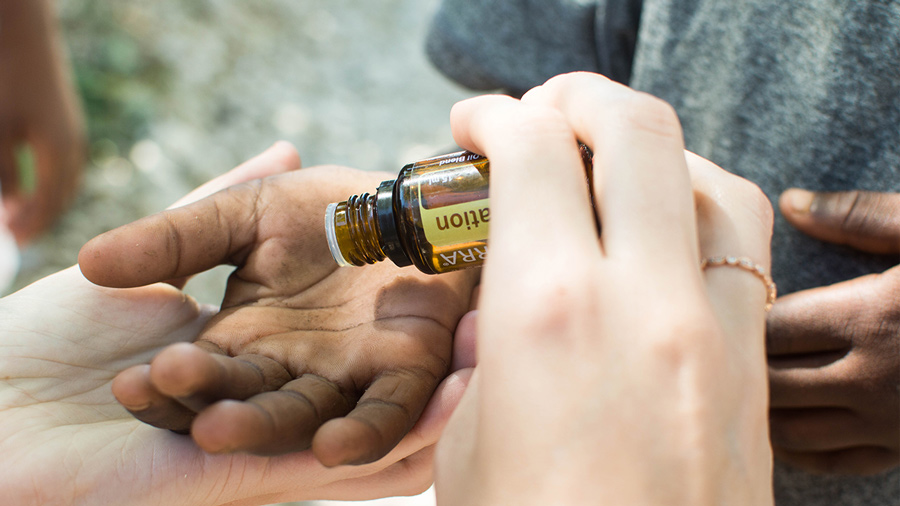 Sheena Souza first went to Haiti in 2014 to volunteer at a non-profit called Mission of Grace. She was struck by the amount of poverty she witnessed and the lack of modern amenities such as running water and electricity. It seemed odd that there were “million-dollar” views of the Caribbean Sea mixed with scenes of abject poverty. The feeling of compassion in her heart was too great to ignore and, upon arriving home to her husband, she told him that they would be moving to Haiti.

Over the following months, she took her husband and children to Haiti so that they could experience what she had felt so strongly. Not long after, Sheena and her husband quit their jobs, packed up, and moved to Haiti.

Sheena and her family were doing everything that they could for each child, student, and family in their care, but still felt that there was more to give. She reached out to the doTERRA Healing Hands Foundation® to expand their reach and be able to provide aid to more of those in need. Sheena realized that they were running out of space in their orphanage, and a timely suggestion was made that sparked a change.

Product and fundraising campaigns were started to raise enough money to construct the orphanage. Sheena was in tears when she received a response from the doTERRA Healing Hands Foundation stating that it would not only match funds raised, but it would also match all product donations. In all, more than $20,000 was raised and the construction began.

Sheena states that working with the doTERRA Healing Hands Foundation has been “an honor and a privilege”, and that doTERRA is “all over Carries, Haiti: Deep Blue® packets, rollerballs, vitamins, doTERRA OnGuard® Toothpaste—everywhere you look there is doTERRA.”