While attending one of doTERRA’s annual Leadership Retreats, doTERRA leader Dena McCaffree was introduced to Rachel Sledding while visiting the pool at her hotel. Rachel was immediately interested in doTERRA, and enrolled when she returned to her home in Canada.

Rachel is also the Development Manager of the Kuwasha International Development Society. When Dena realized what Rachel was doing with Kuwasha and the Kibaale Community Center project in Uganda, she felt inspired to help in any way she could. Over the next few years, Dena collected eye glasses, donated money for a water tank, and donated doTERRA product to Kuwasha to support the Kibaale Community Center. She also began sponsoring a boy in Kibaale, Uganda, named Tamale.
As part of her new business endeavor in doTERRA, Rachel enrolled Kuwasha volunteer and donor Sylvia Shury. Sylvia’s daughter, Gabriella, is the sponsorship coordinator of the Kibaale Community Center, and spends six months out of the year in Uganda with Kuwasha. Gabriella enrolled as a doTERRA Wellness Advocate under her mother shortly after Sylvia joined.
With this groundwork, Dena and Gabriella were well prepared to participate in a matching campaign with the doTERRA Healing Hands Foundation™ to benefit the Kuwasha International Development Society’s Kibaale Community Center project. The Community Centre is located in the Rakai district of Uganda and operates five schools, a healthcare clinic, and other community development projects including: microcredit lending initiatives, clean water projects, and sustainable agricultural systems, among others.
Students attending the Kibaale School, and their family members, are able to receive treatment at the Kibaale Community Center Clinic at no cost because of the school’s sponsorship program. Members of the community that are not personally involved in the Kibaale School are also able to receive care at the clinic, though they do so at a small cost.
In 2016, the Rakai district faced the worst drought in over three decades. Government clinics quickly ran out of supplies and were unable to restock due to a lack of funding and other factors.
A great deal of pressure was placed on private health clinics as a result, and the substantial influx of patients created an increase in operating costs for these private clinics. The Kibaale Community Centre health clinic is already the second-busiest clinic in the district of Rakai, seeing approximately 1,200 patients every month. The funds raised by the matching campaign with the doTERRA Healing Hands Foundation allowed Kuwasha to purchase about five months’ worth of supplies and medication for the Kibaale Community Centre Clinic.
This support is allowing the Community Centre to provide continued care to this community in need. Thanks to Kuwasha International Development Society funding the Kibaale Community Center in 1993, hundreds of students and their families have been able to receive satisfactory healthcare. Many of these students have also completed their education all the way through university, and are now contributing to the continuing development of their country. 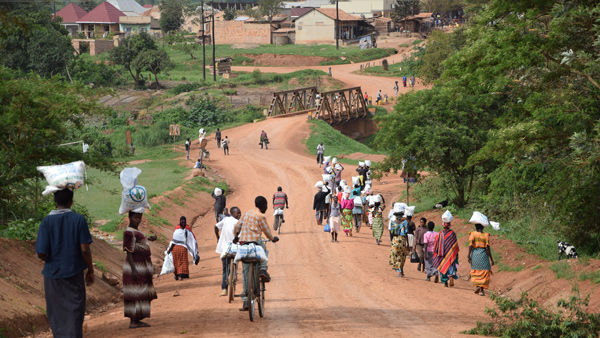