doTERRA Wellness Advocate Pam Weir, along with Diamond sponsors Cynthia and Bela Incze, worked with El Refugio to build a learning center for children and teens in Mexico. 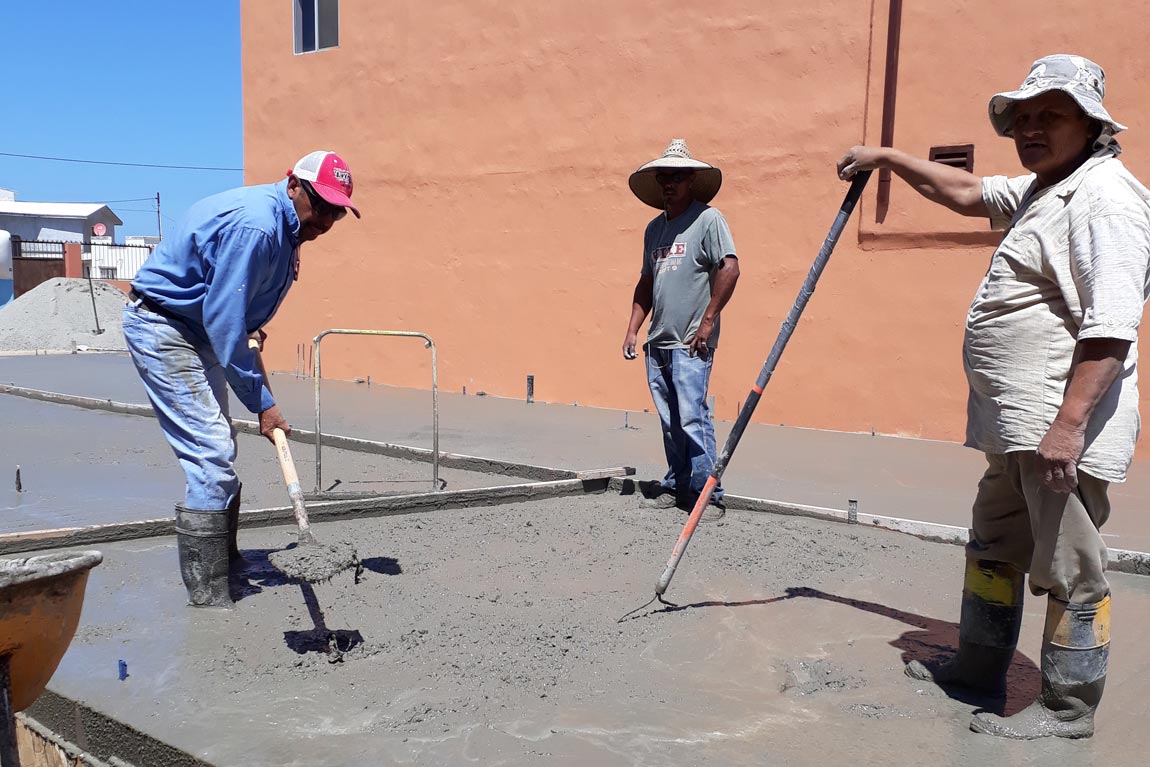 Pam had been working with El Refugio for quite some time when she found herself on a team assigned to build a learning center for at-risk children and teens. El Refugio is an organization that "exist[s] to provide a safe, supportive, and loving home environment where orphaned and at-risk children and teens are given opportunities in education, life skills, and biblical training". Pam's team, a "mishmash" of ages and abilities, were prepared to give their all wherever they were needed.

The youngest members of the team began by sweeping the surface of the cement foundation before the walls were erected. After the walls were placed, the team was ready to begin the placement of the roof. With the help of a few young locals, the roof sheets were lifted up and set into place.

Seeking to do even more good, those who were not involved in the construction process sought out impoverished villages where they were able to hold feeding programs for hungry children. Singing, story telling, crafts, and games were all part of the service. For one of these activities, the team provided school supplies for 42 school-aged children.

On the second part of the build, Bela Incze accompanied the team to provide expertise as an electrical engineer. Pam contributed her skills as a seamstress and began mending, hemming, altering, and fixing clothing. In addition, she was able to take on a personal project: sewing winter jackets for each of the girls. With the measurements sent to her ahead of time, she was able to complete six jackets within 3.5 days.

Pam describes the experience as truly inspring: "So much ministry, so many opportunities to serve, but we were all served as well: blessed by the opportunity to give of ourselves and our gifts without expectation of anything in return." Pam is also thankful for the support of doTERRA, which matched donations raised by El Refugio.