Sam and Melissa Taeu would compare a successful doTERRA business to a team of rowers on a big, ancient ship. Sam says, “everybody has to be in sync, rowing at the same time, and it just picks up speed and goes faster and faster.” If everyone is growing together, the momentum will build until you reach your destination.

When the Taeus first discovered doTERRA, they had already committed to another network marketing company with Melissa’s sister, Kallie Wilson. Melissa says, “Then we started using the oils and right off the bat they were amazing. The experiences we had were just life-changing. It was a no-brainer: stop doing the other company, we’re going to do doTERRA.”

From the beginning, the Taeus decided they were reaching for the rank of Presidential Diamond. Sam says, “Diamond just happened to be on the way. It’s a good place to take a pit stop, a breather, and then press forward.”

When they started their business, they knew it was vital to find driven leaders who would work with them to reach their goals. They wrote lists of everyone they knew and started sharing. Melissa says, “When people have a powerful experience, they have the desire to do what we do.” By helping people have those experiences, they were able to find their business partners.

As they made the goal to achieve Diamond, they broke it down into its simplest parts and focused on who they had in place in their organization and where they had gaps. Sam says, “Our efforts were focused more toward those missing gaps to ensure that the leaders were mentoring, providing, and nurturing those that are in place.” The Taeus made sure that when they advanced in rank, so did everyone else.

“It’s a cumulative effort that has allowed us to be where we’re at. It’s not about us and what we’ve done, it’s about turning our success around and building relationships and strengthening those within our team.” –Sam 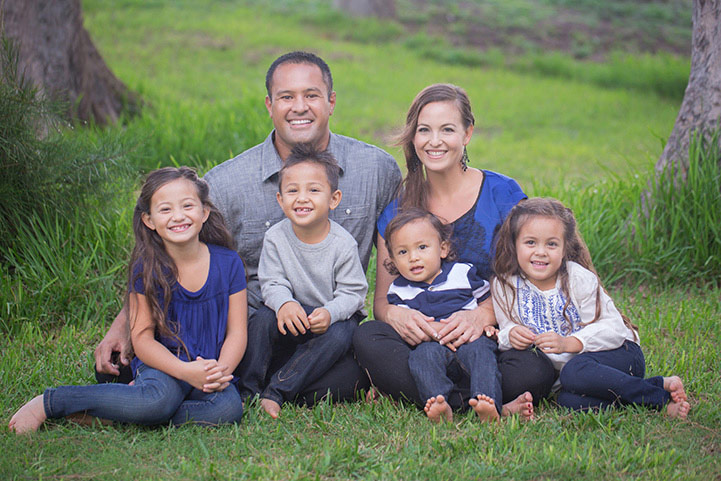 They held weekly mentoring calls that were duplicated throughout the organization. They made sure these calls were focused not only on the business, but on each individual as a whole. Sam says, “If for some reason during the allotted time they are stressed because of children, financial struggles, or whatever else, they can’t focus on the business because there’s a block. There’s a strain there that we want to address to help them resolve and overcome their problem and allow doTERRA as a business to once again flourish in their lives.”

Most of all the Taeus would tell anyone just starting their doTERRA business to have fun. Sam says, “The product is great, the business is great, you’re part of a company that’s just legitimate. You have nothing to be afraid of. find those opportunities to serve others and be ready because they’re going to come.”

A TEAM FOCUS FOR DIAMOND: