Jim was a company manager attending a business meeting at one of the resorts in Park City, Utah when he noticed one of the employees was not wearing a ring. Needing an excuse to see her again, he mailed her a business card with a few work related questions. This interaction led to him asking her out for some Boston cheesecake. Neither expected that dessert would lead to marriage, but it did. During the 2013 Incentive Trip, Marty and Jim Harger will be celebrating their 20th wedding anniversary.

Marty studied marketing and communications at Boston University. Jim joined Delta Airlines just out of high school where he worked his way up the corporate ladder to become a national sales representative. After getting married, Jim and Marty moved to Chicago to continue their careers. In her early forties, Marty made the decision to replace the corporate world with one of health and healing. Jim left his career at Delta Airlines for a position in the satellite industry and made the decision to return to college. Jim graduated from DePaul University in 2003.

Marty’s decision to leave the corporate world and attend massage school was the beginning of her introduction to essential oils. In 2006, after returning to Utah, Marty opened the wellness center, Balance. There she displayed several brands of essential oils. In August of 2008, Nicole Larsen came to her door. Marty said, “She asked if I would try a new brand of essential oils. I immediately agreed, and after placing a drop in my diffuser I was blown away.”

However, when Nicole explained that the oils came from doTERRA, a multi-level marketing company, Marty immediately shut down. She explained to Nicole that direct sales were not her thing. Nicole wasn’t deterred, she simply asked if Marty would be willing to meet some individuals who might give her a different perspective. Marty reluctantly agreed and before she knew it she was traveling to Lehi for one of ‘those’ meetings.

“I believe that one of the greatest sayings is, ‘be the change you wish to see in the world.’ I wasn’t the first one to say it, but it’s true.” 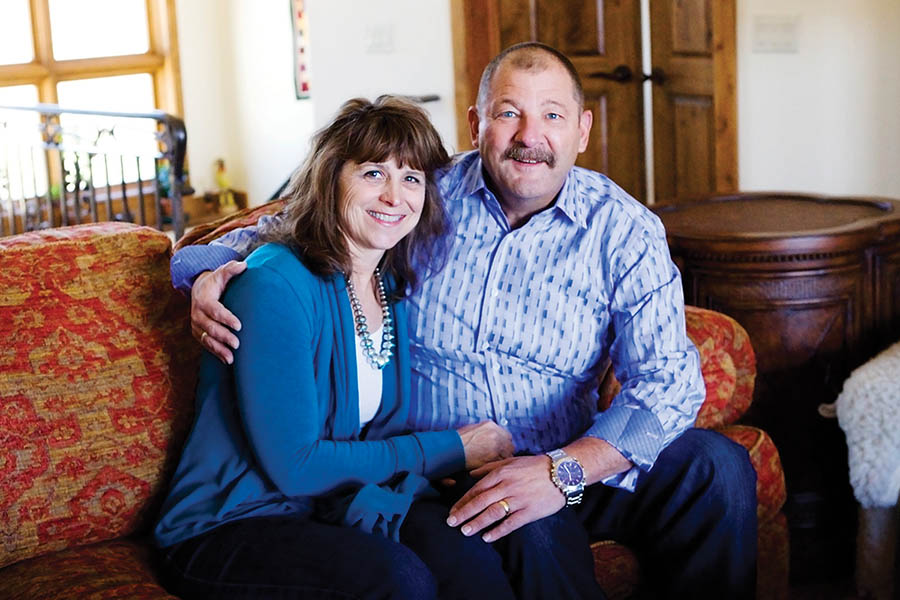 At Laura Jacob’s home, Marty learned how individuals incorporated doTERRA into their lives and businesses. It surprised her, but she was intrigued. Marty went to the corporate offices to meet with the executives. Marty said, “I was so impressed by them. Emily was so cute. She answered all my obnoxious questions about why these oils were different.” After the education she received that day she decided she was in. Marty bought the biggest kit available and began incorporating the oils into her life.

Although Jim knew little about essential oils, he is now completely on board. Occasionally, he takes the lead on the classes, but he also supports Marty in more simple ways. He takes her to the airport, delivers packages, and makes runs to doTERRA for product. Jim said, “Marty is busy all the time, I try to support her wherever I can in order to lighten her load. If you have a spouse who wants to do this business, jump on board. Don’t hesitate, listen to and help them as they laugh and cry with their team.”

The economic downturn affected everyone including Jim and Marty, but thankfully they had an opportunity with doTERRA. Marty said, “doTERRA takes practice. I’ve been doing massage for fourteen years, and I’ve done thousands of massages. However, my massages are better now than they were when I started.” Marty believes that this is true for others, the more you practice the better you will become at building your business.

“Use all the wonderful tools available, be open to a variety of approaches, use the products every day, study, and keep taking the oils. If you do all of these things then the rest will just happen.”