After Angela Villa’s husband, Eddie, lost his job in California, they moved to Utah for work. They just happened to move into the house next door to Blue Diamonds Wade and Laura Holbrook. It wasn’t long before the Holbrooks had introduced the Villas to doTERRA essential oils and Angela had an experience that made her want more. She had been raised in a family that made their living from network marketing, so she knew this kind of business worked. She says, “I had just never found a product that I could talk openly about and be passionate about. Now, I’ve found my fit. I found something that I was super excited about because it was actually helping my family.”

Twenty-six days after moving to Utah, Eddie lost his job again, and Angela knew that doTERRA had come into their lives at the perfect time. They worked hard and got to Silver in six months, then stayed there for almost two years. Angela participated in Diamond Club and finished in the top 10, but didn’t rank advance. She says, “In my perspective, I had failed. I didn’t want to do my business anymore. What I didn’t realize is that although I didn’t rank advance, I had met my biggest leader. In four or five months, my volume doubled. At the time I didn’t see the momentum I had created.” She’s realized since then that she has to look at success from all angles, not just rank. “Every obstacle can change you, make you stronger, and grow your business, if you let it. Obstacles are really blessings in disguise.”

Angela went on to do Diamond Club two more times, and after the third time she hit Diamond. Now, the Villas can say they went from unemployment to making six figures a year. Angela says, “We literally went from being supported by our church

“Once you accept the fact that you are a network marketing professional, your fear of telling people about this business goes out the door.” 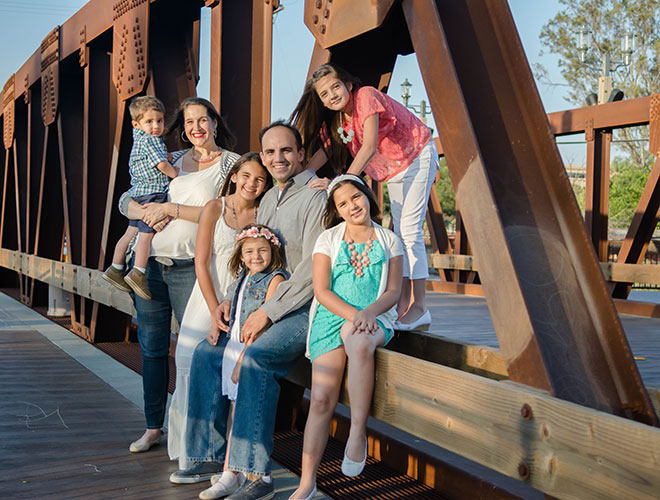 and our parents for food, bills, and rent, to four years later living in our dream home. We’re able to give back to everyone in our business without thinking about it.” Beyond the financial changes, Angela has also seen a big difference in herself. "I have become a more confident, more outgoing, and stronger person. I believe in myself and in other people. I have invested more in myself than I ever have before, and I believe now that you are the best investment that you could ever make. If you believe and invest in yourself, you will see success.”

Fitting in Business with Family

FIT IT TO YOU.

“Women go through seasons in their lives, and doTERRA allows women to be in any season and still be successful. doTERRA will custom-fit to your life. Don’t change your life for doTERRA.”

“Just find the time. This business can be built in 15-minute increments by sharing an oil or making a phone call. Those 15 minutes add up.”

“When it’s time to be with the kids, we have blackout sessions at our house. From 6 PM to bedtime, we shut down our phones. Because I’ve set those boundaries, my team knows their messages will wait.”

“Date night is nonnegotiable for us. Every weekend we find a sitter and we never miss—and talking business is off limits."
*Results not typical. Average earnings are less. See doTERRA 2014 Opportunity and Earnings Disclosure Summary on doterratools.com.