A Vehicle to Create

When Amy Widmer was first introduced to doTERRA, all she needed to do was hold the bottle in her hand to know she loved the product. She says, “Even before I inhaled the oils, I could sense power through my hands. I was sensitive to energy and vibrations due to the energy work I did. Then, I started smelling every single one and asking what they could assist with—and I was hooked.” It took her six months to feel like she could save up enough to enroll, because of the “lack mentality” she had. But, once she did, she knew that she wanted to share doTERRA with the world. “I somehow inherently knew that this was a vehicle that could transform my life.”

It was another year before her husband, Charlie, decided to join her. He gradually became more interested in the oils, and then attended convention with her. He says, “I went because I was interested in doing something other than my current business. I learned more about the business side there and saw how the comp plan worked, and I knew that it was something that I could do.”

Amy had already built the business to Elite on her own, and Charlie saw that they needed to get to Platinum for him to wean himself away from his other business. Once he was able to work doTERRA full time, they flew up to Diamond. Amy was excited to be Diamond to be able to expand her reach. She says, “I wanted the opportunity to help so many more people than I was. I wanted a bigger platform to share my message and my life purpose. I felt like Diamond was a vehicle to create that in a big way.”

When she was a single mom with five kids, Amy couldn’t pay her rent by herself and was on public assistance.

“We’re now able to help our children in ways we never could. We can enrich and expand their lives, and that motivates me to keep going forward.” –Amy 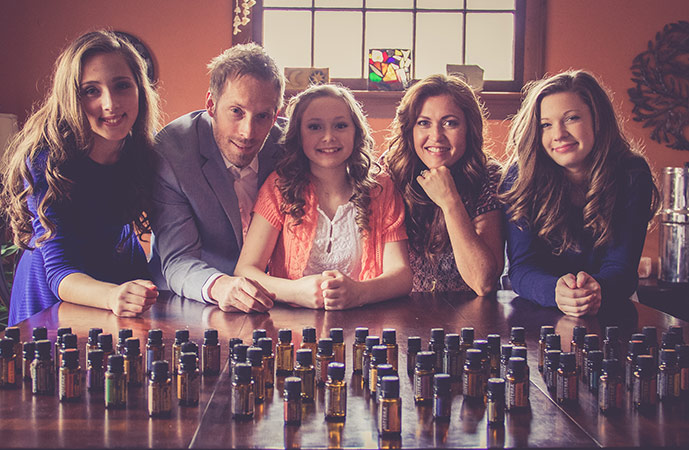 She says, “My world was small and I often felt disempowered because I had to continually ask for help. Now, I’m able to give back.” And that’s just the tip of the iceberg when it comes to how much her life has changed with doTERRA. “I have grown and blossomed exponentially with the medium doTERRA has provided. I no longer see limits. My boundaries are so far out that I can barely see them, and they used to be so close around me that I could barely breathe. I am so proud of the person I am becoming and I am even more proud of my leaders and the courage they exhibit. I feel more. I’m more human.”

“We tell our team where we want to go and that we want to take them with us. We share the product and the business—we talk about both to everyone. We share all the ways doTERRA has enriched our lives over and over with passion and heart.” –Amy

“Get clear on what a builder is—be that and teach that. Learn how to best discern the strengths in your leaders and help them be really good at that. Give them the courage and excitement to build with you.” –Amy

“Be sure that your builders’ enthusiasm, energy, motivation, and inspiration matches yours so you can build with ease, joy, and glory. If those levels match within their own uniqueness, then the building can be fun as opposed to stressful and overwhelming.” –Amy

“The key spots in your organization should be true partnerships. A partnership is each person doing their part, not one person pulling the other kicking and screaming. You’re both holding hands and doing this together.”–Charlie
*Results not typical. Average earnings are less. See doTERRA 2014 Opportunity and Earnings Disclosure Summary on doterratools.com.