After telling Peggy Smith no at least 10 times, Melissa Herman received doTERRA essential oils in the mail and was amazed by how well they worked for her family. Melissa’s family began using the oils regularly, but she still told Peggy she would never do the business. “I’m sure she was laughing. I found that it was very natural to use the oils around people and share with them. After a year of sending referrals to Peggy, I thought, ‘Why don’t I do this on purpose?’”

Though Melissa was convinced, it was a whole other process to get her husband, Ryan, onboard. She says, “I could see the vision. I knew this was the right thing, but I had to work to keep the peace at home. I knew that ultimately it would work out, and it did. I think that determination made the difference.” For Ryan, it was when he saw his wife pouring her blood, sweat, and tears into her business that he understood how important it was to her. He says, “When you have a passion for something, it’s not necessarily a job. It’s something you want to do. When I saw Melissa begin to focus and treat this more like a real business, I wanted to provide more support and help for her.”

Melissa says Ryan helps her to take some of the emotion out of her business and make good, practical decisions. She struggled for a long time spinning her wheels and focusing her time on the wrong things. She says, “I had to start valuing my time and my goals. I realized that my dreams were too important to me to let other people dictate how I could achieve them. I finally came to the realization that the only person that can ever impact my goals is me.”

She learned to be deaf, but not blind. She spent a lot of time in the beginning listening to people who told her what she wanted to hear and then never put the effort into growing their business.
“People’s biggest hurdle is confidence. Once they start seeing the business work for people who are close to them, they understand that it’s achievable.” –Ryan 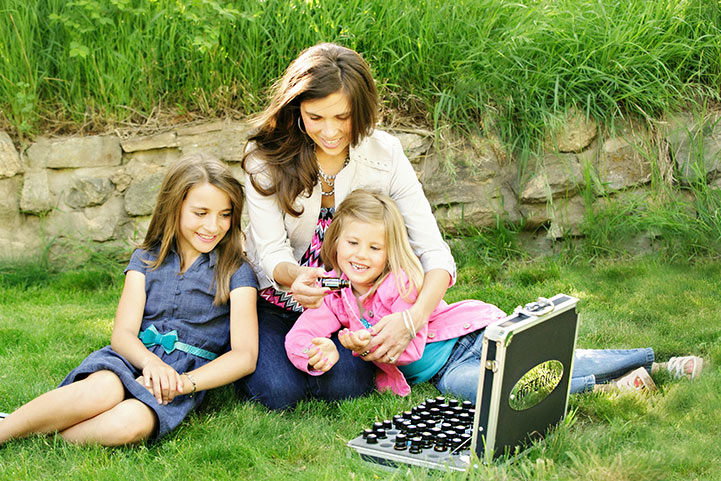 She says, “Now I tell my team to plug their ears and not listen to what people are saying, but to watch their feet to see if they’re moving.” Melissa has found that the back office is where moving feet leave footprints in the sand. By watching people’s back office, she can tell how fast someone is building their business. “Sometimes it just means that you need to adjust their training, but other times it means they aren’t really going to do it. When you value your time, other people begin to value theirs.”

Today, the Hermans are grateful for what doTERRA has brought their family. Ryan says, “I think we’re both looking forward to the future and how much greater it can be because of doTERRA.”

“As soon as you try going for Elite, you should be watching for Premier. If you position it right, you could hit both in the same month. If you don’t pay attention to the next step ahead, you could structure it in a way that blocks you from moving forward sooner.”

Cast a vision for your team.

“Believe in people. Emily Wright told me it was my time to go Silver, and later, she looked me in the eye and said that I would go Diamond—and I did. I recognized how powerful that was and started using it on our team. We have had so many builders pop out of the woodwork.”

“You have to remember why deep down inside you are doing this, otherwise you get burned out or distracted. So often people are on the brink of pushing through that paper wall. They’re right there—just one more inch. It’s our leadership role to remind them of their why and lead by example.”

“Your family should not suffer for doTERRA . We want you to keep your family intact. Be involved in your children’s lives. You shouldn’t put them on hold while you try to do your business. I feared being successful because I didn’t want to lose my family, but what I found is that you can balance it in a way that you are successful, but still present for your family.”