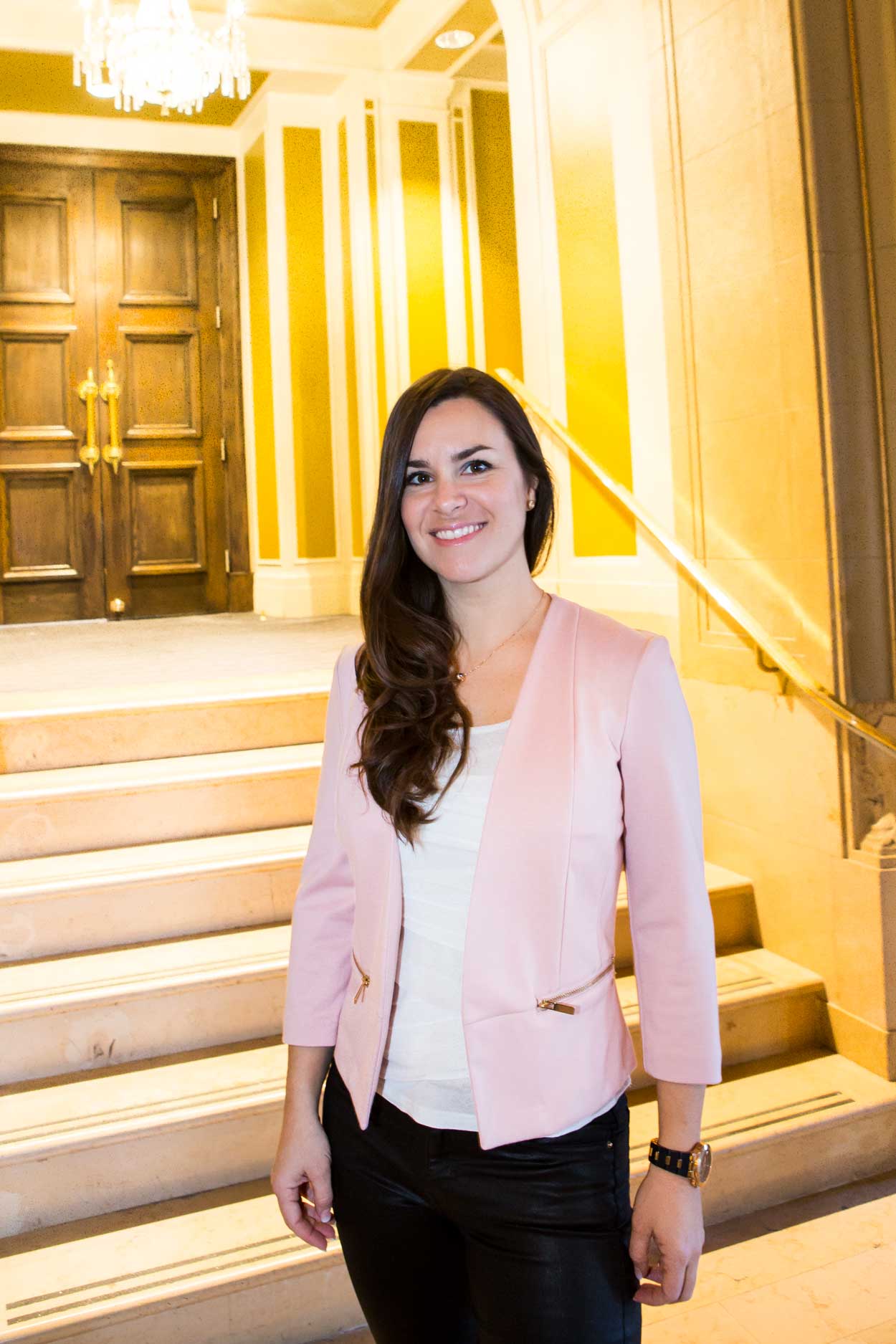 Marie-Kim Provencher was scrolling through Facebook when a post from an old high school friend caught her attention. It was a picture of essential oils with the caption, “I have a key position in my organization. If you are interested, contact me.” Marie-Kim was a healthconscious person and was already interested in natural products, so she responded to this post asking more about the opportunity. Later on, Marie-Kim and her old friend connected, and she learned about the doTERRA business and essential oils.

The opportunity seemed exciting, but Marie-Kim had just been promoted at work and was spending 60 hours per week working as a Sales and Marketing Director with no extra time to dedicate to another business. Even though she couldn’t do the doTERRA business, she still bought a box of essential oils, but didn’t use them.

It wasn’t until Marie-Kim had some difficulties while running that she began to think of the essential oils again. Looking through her box of oils, Marie-Kim found some doTERRA Breathe®, which she used on her next run. The outcome was incredible—not only did her airways feel more open, but she beat her running record by one minute. However, she was convinced it was a placebo effect, so she tried it again. Every time she used doTERRA Breathe on her runs, she experienced the same results. These essential oil experiences continued to build on one another, and soon enough, she couldn’t deny how effective the oils were.

Once she believed in the product, Marie-Kim started researching the business. She studied the compensation plan, compared doTERRA to other MLMs, and read the business blog and Leadership magazine, all of which helped her see that doTERRA was exactly what she needed in her life. She decided to go all-in from there and even quit her full-time job.

From the beginning, Marie-Kim surrounded herself with positive team members who embodied dedication, service, and the doTERRA culture. Marie-Kim advises, “Do not hang out with negative people who will make you doubt. Choose to spend your time with people who will inspire you.” MarieKim lives this principle by emanating positivity and confidence in others, and in return, she is surrounded by team members, family, and friends that encourage her and uplift one another.

Marie-Kim is now working toward new ranks with two objectives in mind—to serve others and help people reach their business goals. She says, “My Why is to help the most people embrace the doTERRA opportunity and to empower people in their health by inspiring them with my journey. By becoming a top leader in this company, I want them to see that success is very possible if they believe in it and put in the efforts required.”

“I’m seeing myself as a pioneer in Quebec, French Province. Even though there are limited materials, we, as a team, decided to work even more and build beyond it. I never saw it as a problem, but as an opportunity.”

Above all, Marie-Kim’s doTERRA experience allows her to support her three daughters and to show them that they can be empowered, strong, and limitless if they work hard to achieve their dreams. Along with bringing more opportunities to Marie-Kim’s family, doTERRA has been the vehicle for MarieKim to enrich her life in a variety of ways. She says, “I mentor people. I empower people spiritually, physically, mentally, and financially. I work wherever I want, and I meet incredible servant-leaders who inspire me to grow and serve more. Through doTERRA, there are no limits.”

SELECTING THE RIGHT PEOPLE FOR THE BUSINESS

“When I offer the business opportunity, I make sure of three things because I choose to work with these kinds of people.

1. They are passionate about health in all its ways (spiritual, physical, nutritional, emotional).

2. They are an entrepreneur and a self-motivated, goal-oriented person.

3. They have a big heart and want to make a difference in the world.

If those three things are there, then the person is perfect to do the business. The rest is workable.”