Windi Rifanburg first got involved with doTERRA six years ago when she was introduced by her cousin, Brianne Hovey. She loves both doTERRA and network marketing and always has, but the timing wasn’t right for her, so she remained a user and got a job with an electric company. It was a demanding job that she did not enjoy, and before long, she became very depressed.

Her husband, Samuel, suggested she look into doTERRA again. Windi called Brianne and within a few months started sharing the products. In August 2014, she decided it was time to leave her job that brought her nothing but stress and go full-time into doTERRA so she could have more time for her family.

Her goal from the beginning was Presidential Diamond and beyond. Windi says, “Diamond was the first stepping stone.” She went from 1,700 PV to Silver in a month because, as she says, “I knew what my mindset was and where my goals were. I set a plan, got a strategy together, and obtained it.” She learned along the way to let Diamond happen naturally and to work for it with her team rather than getting anxious and feeling pressure. She says, “Anticipate the struggle. Anticipate that it might not be in hand’s reach all the time, but every time you stop, you’re taking a step back. Keep the wheel moving forward. It doesn’t matter how fast or slow you go. You don’t have to be someone else. You just have to be you and follow the plan. Progression will happen.”

At the age of 14, Windi stayed on her own while her parents moved out West. She has always worked three or four jobs since then—until now. At the same time, she graduated from

“I’m a totally different person than I used to be. I never knew my capabilities and my strengths. It’s changed who I am as a wife, mother, leader, friend, and overall human being. I’ve realized people can change and everything you do is a choice.” 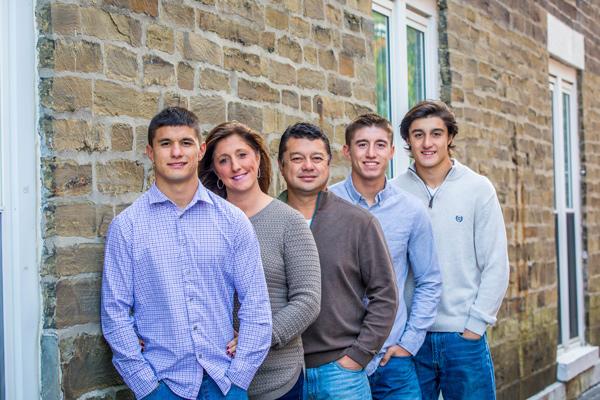 high school and college, got married, and had three boys. She says, “I’ve never known anything but constant chaos, work, and financial struggle.” Windi and Samuel have always worked very hard to sometimes not even make ends meet, and worried about whether their check would bounce when they bought groceries.

Now, the bills are paid, and they have groceries in their kitchen. Windi says, “That’s what motivates me. That’s why I’ll be here every single day to work. I love changing people’s lives. This is the best thing I’ve ever done. For me, it just gets better.” She hopes to be able to bring Samuel home from his job as a corrections officer by the time their youngest son graduates from high school. Windi says, “I want him to come home, and I want to have many Diamonds on my team so that they can live the dream that I’m living.”

FOR NEW ENROLLMENTS: THE 90-DAY PLAN

“Sometimes, if people jump all in within 14 days, it’s kind of scary. You don’t really know if being a builder is what they’re looking to do. They haven’t developed the culture yet. Instead, my team likes to use the 90- day plan.”

“If a customer enrolls and purchases a kit with us, we work together for 90 days to develop their lifestyle change. We meet with them two to four times and invite them to educational programs.”

“It’s all about quality versus quantity. I tell my team to enroll three to five people a month and really love and work with those people. It doesn’t matter how fast you grow, what matters is longevity and how many lives we change.”

“With that many people a month, you can meet them and develop a relationship with them so they trust that you’re going to be there to help them all along the way. After 90 days, they’re probably sharing or building on their own.”

“The percentage of builders we bring in on our team is quite large. This 90-day program has made that happen. That’s why our growth has been amazing and consistent.”