The owner of a fitness studio, Breanne Houston was introduced to doTERRA by one of her clients. Breanne had gotten to know this client well while coaching her, so when she asked if she could hold a doTERRA class at the studio, Breanne agreed—if she could be involved as well. She says, “I didn’t spend a ton of time doing all the research and using the essential oils in my home before I decided to bring them into my studio because I knew my client so well. I understood her background and credentials.” Soon after, Breanne got a kit of her own and discovered how well the oils worked for her and her family.

Though she got involved in the business right away, Breanne had no aspirations for achieving rank. She says, “In fact, I made fun of ranks. But, I wanted my $1,500 bonus, so I hit Silver in nine months.” After reaching Silver, she attended convention and saw the Diamond reserved seating, and she knew she wanted that the next year. “I fell in love with the company at convention and that buy-in was big for helping me want to go further.”

She came home from convention and told her husband, Jesse, that she would need his strong support for the next three months because “it’s going to be totally crazy.” He has always been supportive in whatever she does. As he saw her success, he began to become more involved with her in the business as well.

Breanne is still running her studio alongside her doTERRA business, but she has learned to delegate tasks and prioritize being present with her kids. She tries to get all her work done while they are at school to make sure they have her attention when they come home.

“I try hard to be an example to my team by doing the things that I want them to do. That way they know the path that’s ahead of them.” 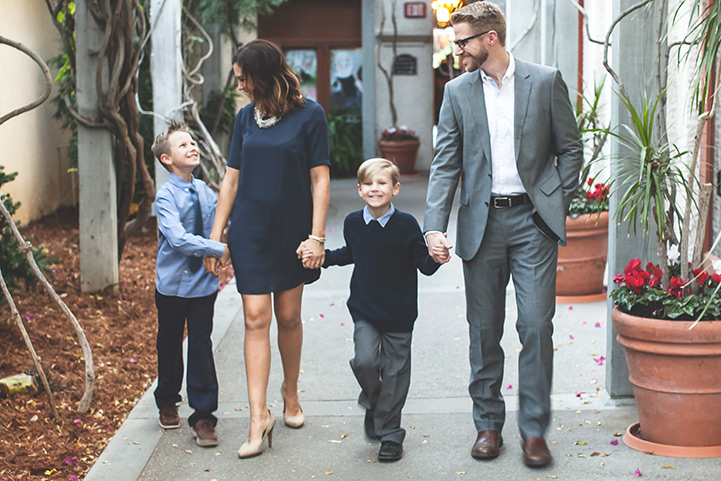 She loves that they will be able to grow up with essential oils in their home. She says, “I’m excited to see how it will trickle down and duplicate, not only in my business, but in my family’s life and legacy.” She has seen her confidence increase as she’s able to support her family not only financially, but with their health.

Now, her family will have the freedom to make decisions for what they want in life and to give freely to others. She has created relationships with her team that will last a lifetime, and doTERRA is all she can talk about. She says, “Now I’m an oil lady. I can’t have a conversation with anyone without talking about oils.”

“I have a lofty goal timeline and a realistic goal timeline. The lofty goal makes me uncomfortable and excited, but the realistic goal protects my heart. I do everything I possibly can to reach my lofty goal, but if I don’t hit it, it’s OK. It’s just not the right timing for me, but I know I’ll get there eventually if I keep plugging along.”

Their Timeline, Not Yours

“I’ve learned that I have to help my builders identify their own timeline and their own why and not have them go on mine. Otherwise, I’ll just be beating my head against a wall. If they don’t believe they’re going to do it, they won’t. When it is their goal and timeline, there will be no stopping them. I have to help them get there.”

“I always ask people, ‘What do you want to do with your life? Why are you so afraid? Why aren’t you going out and doing it?’ The reality is that hitting Elite is not that hard, but we make it hard. We need to help people address that so they can get out of their own way. If they believe the possibilities are endless, they’ll go for it.”
Results not typical. Average earnings are less. See doTERRA Opportunity and Earnings Disclosure Summary.