Kiyla Fenell was introduced to doTERRA by her doula, who ended up selling her a bottle of doTERRA On Guard®. Six months later, she found herself researching doTERRA online in hopes that it would help her 19-month-old son. She was impressed by what she read and told her husband, Robert, that she wanted to purchase doTERRA oils. He told her if they were going to use them on their children, she needed to find the top trainers in the company to teach her how to use them.

Kiyla did a Google search, and up popped a picture of Presidential Diamonds James and Roxane Bybee. She called them and they explained everything to her. After using the oils on her son and seeing their effectiveness, she posted about her experience on Facebook. When she went back to her computer later that day, she had dozens of messages from people wanting to know more. The Bybees helped Kiyla every step of the way with structuring the enrollments that quickly started coming in. Kiyla says, “We were learning from the masters. We didn’t have any option but to go straight to the top.” With hard work and the Bybees’ support, they were able to hit Blue Diamond within five months of starting their business.

Two days before hitting Blue Diamond, Kiyla was almost ready to give up on hitting their rank goal for that month. They had worked really hard, they had hit Diamond two times, and she told Robert that she felt like she couldn’t push herself any further. He texted her back telling her she was courageous, spectacular, and influential, and she was Blue Diamond. Kiyla says, “That gave me wind in my wings and fuel in my jets. I said, ‘I don’t care, I’m going for it.’” In the next two days, she signed up 22 Natural Solutions Kits, and they hit Blue Diamond.

“We do everything with every cell of our being. We work hard, we play hard, we live hard.” 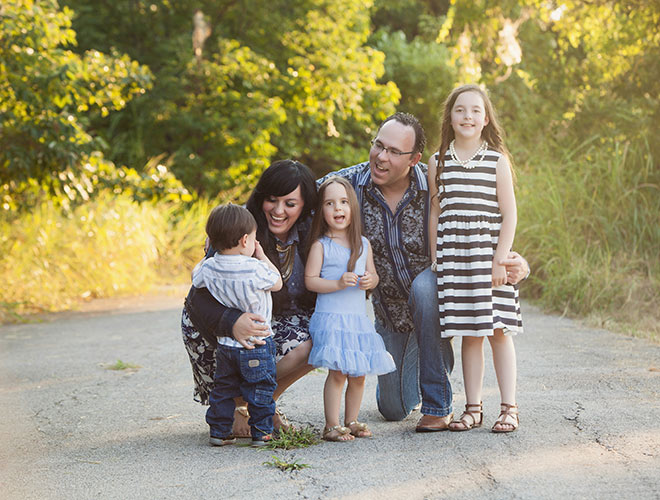 This is not the first successful business Kiyla and Robert have built. They met when Kiyla was running her own vacuum cleaner store at the age of 18, and Robert happened to open a chiropractic office right next door. They joined forces and in the next few years were able to create three different multimillion dollar health companies. But, what they’re doing with doTERRA is completely different for them. Kiyla says, “With our other businesses, it felt like we did it for the money. With doTERRA, I don’t have to work as hard as I do, but there’s just this fire inside of me that makes me get up every morning. Every time I put an oil in someone’s hand, I see the light go on in their face, and I know I’ve shared love with them. I look at it as more than a drop of oil, I look at it as my ministry, my calling, and my purpose. I feel like everything I’ve done up until this point has prepared me for this.”

"When I’m sharing, I don’t care if people sign up or not. If they’re ready, great. If they’re not, that’s fine. I just know eventually they’re going to slide right in.”

LEAD YOUR TEAM BY EXAMPLE.

“You show your team how to be. Lead by example. Don’t be an enabler, but teach them how to be successful in their own right.”

“I’m always looking for ways to make myself better, wiser, stronger, faster, smarter—whatever it is I can do. I only read things to improve myself, and we’ve always invested in the best mentors to coach us. That’s how we’ve been successful.”

“If you’re hitting a block in your business, it’s not your downline’s, upline’s, or even your spouse’s fault. Look inward and realize what you need to improve so your business can be better. Your business growth is only parallel to your personal growth.”
Results not typical. Average earnings are less. See doTERRA 2015 Opportunity and Earnings Disclosure Summary on doterratools.com